Rockshox – What’s Your Line Built for those who charge.

While the industry is busy making heroes of themselves and their gear, mountain biking’s most iconic brand RockShox needed to get back to the roots of what mountain biking is all about: the rider. So they put the rider at the center of everything they do – from new product design to an onslaught of creative campaign work. 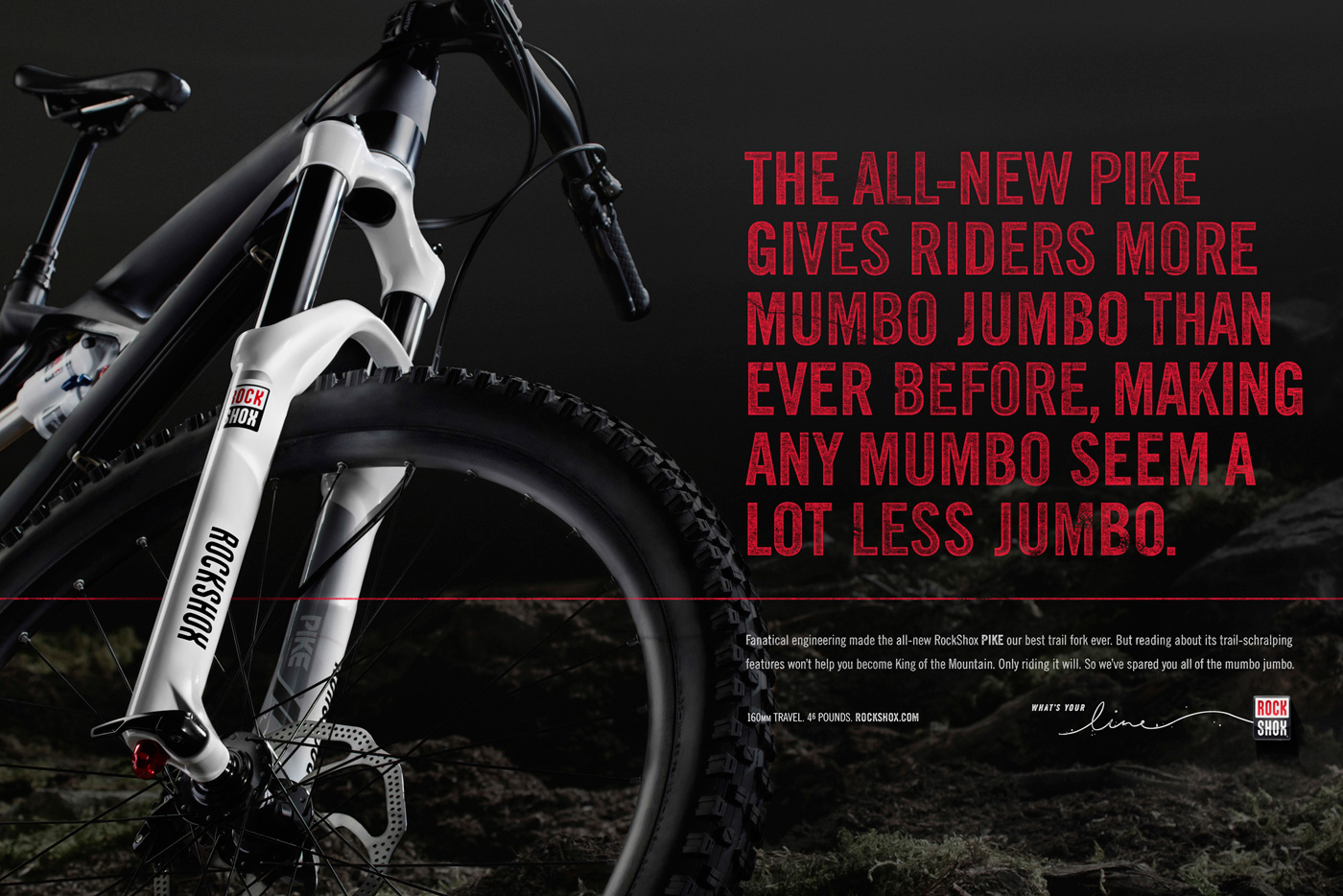 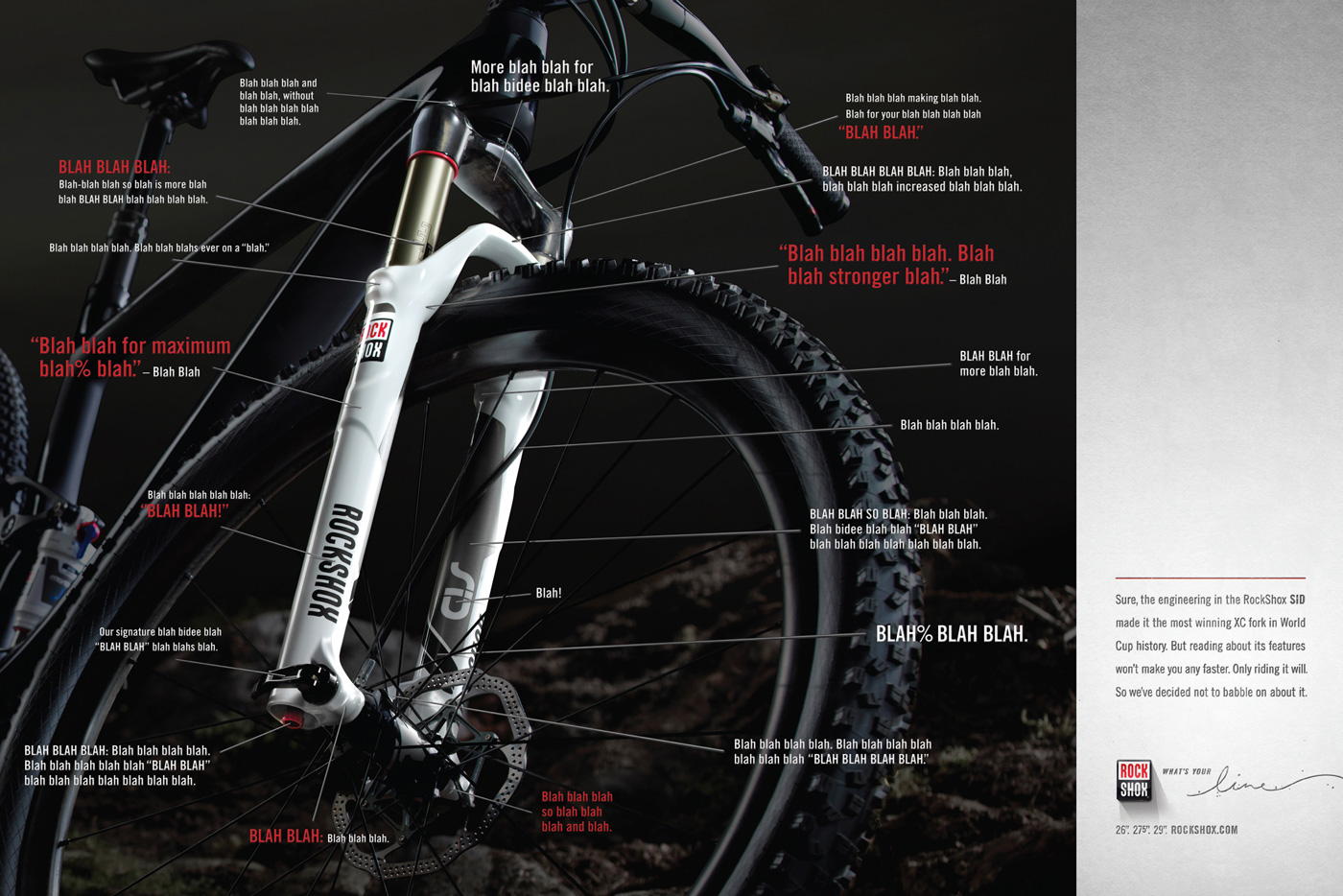 RockShox takes dead aim at the marketing myth that simply buying the latest technological advancements will make you a better rider. Truth is, the best way to increase your skill is to ride more. These print ads spend less time jibber jabbering about RockShox engineering, and encourage riders to go out and spend some time in the dirt. 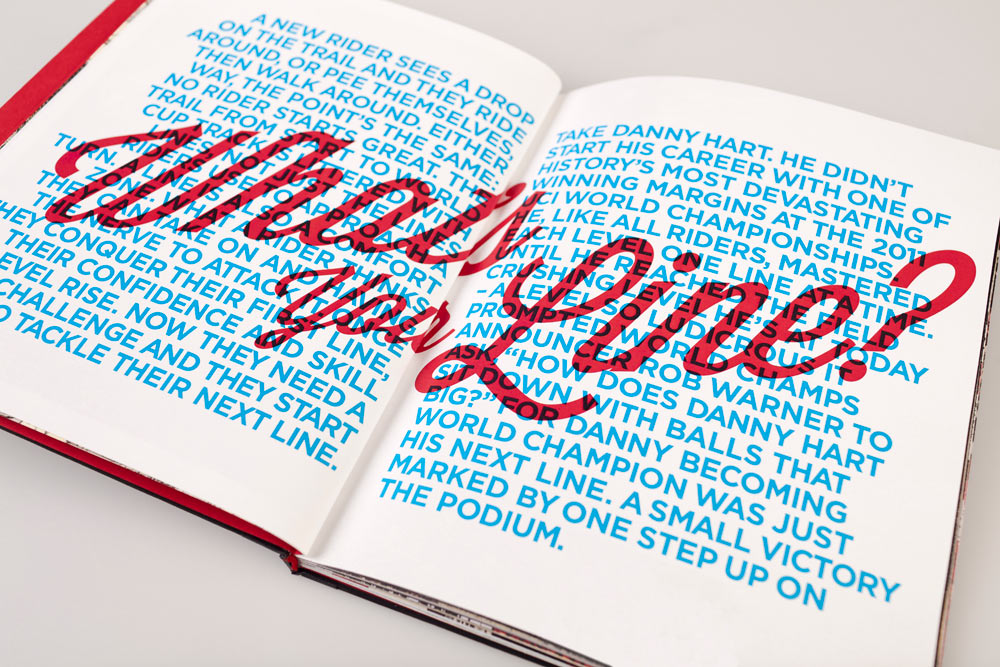 In order for the campaign to reach riders, it needed to be loved by the internal engineering and product teams at RockShox first. So we spearheaded a focused invertising effort, asking them just how far they were willing to go to enable riders to progress the sport they loved. Were they ready push hard enough to find their line? And be inspired to find a new one? The reader response card at the end of each book was returned by all, with a unanimous “Heck yes!” checked. 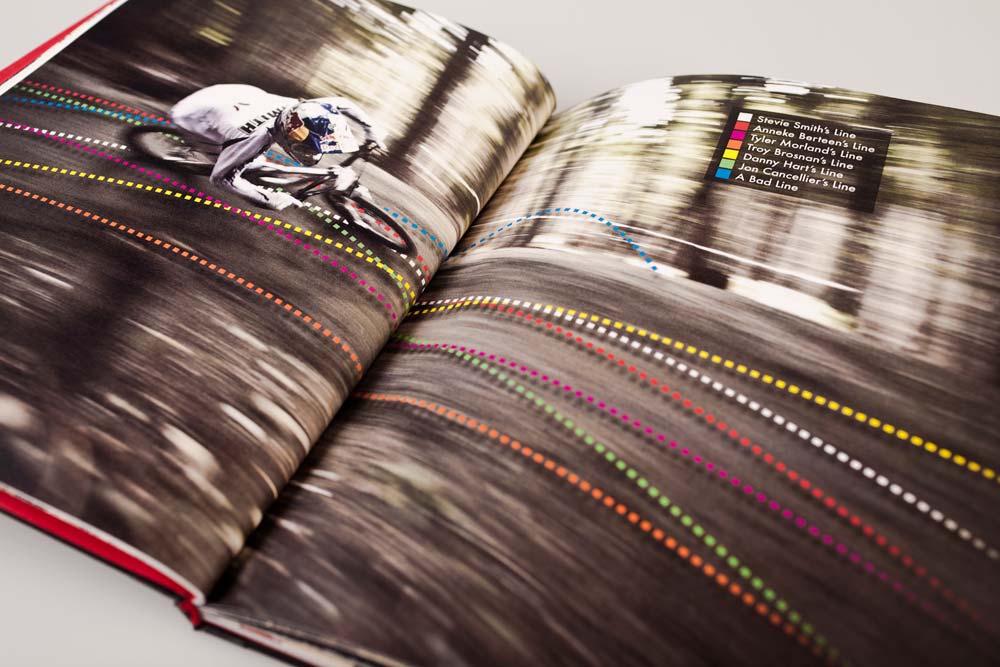 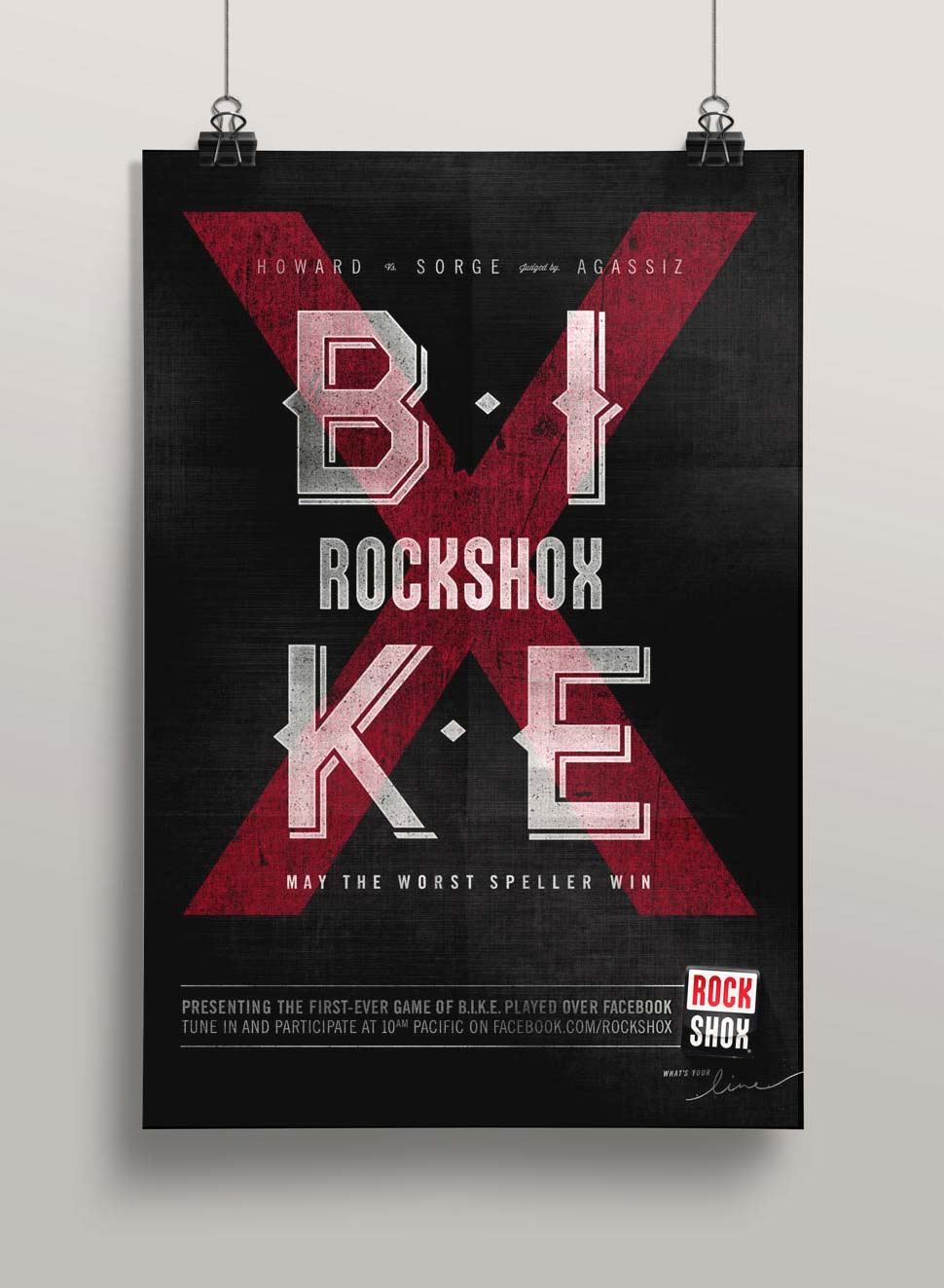 May the Worst Speller Win

To increase RockShox social media fan base, we held the first-ever game of B.I.K.E. (played like the basketball game of H.O.R.S.E.) live over Facebook. It started with friendly banter between two pros that resulted in a mano e mano duel in Kamloops B.C. Instant video posts on Facebook wall let fans watch, suggest tricks, or talk shit to the competitors in real-time during the game. After the winner was crowned, RockShox released a free twenty-minute film of the entire event, resulting in a massive boost in traffic and fans. 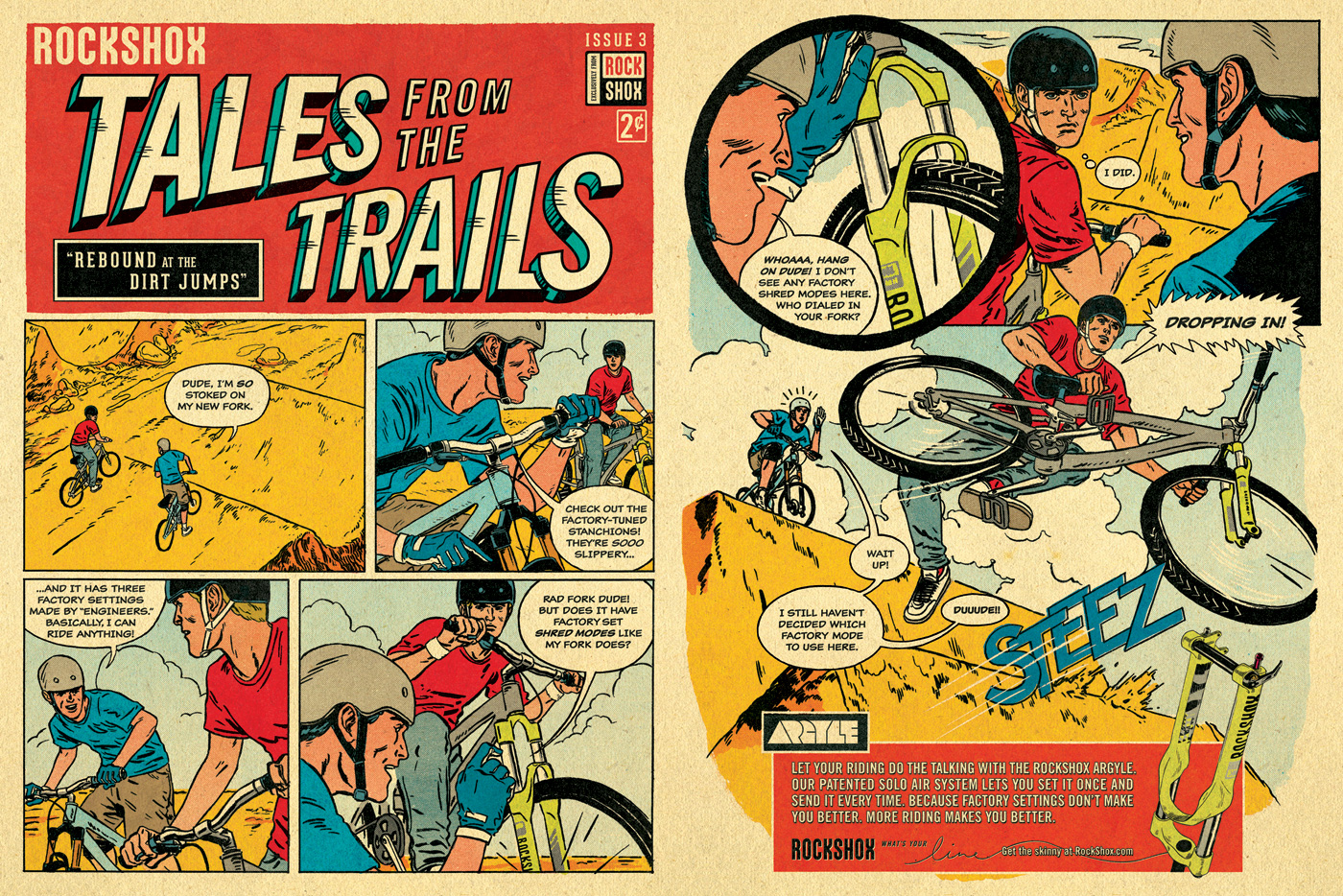 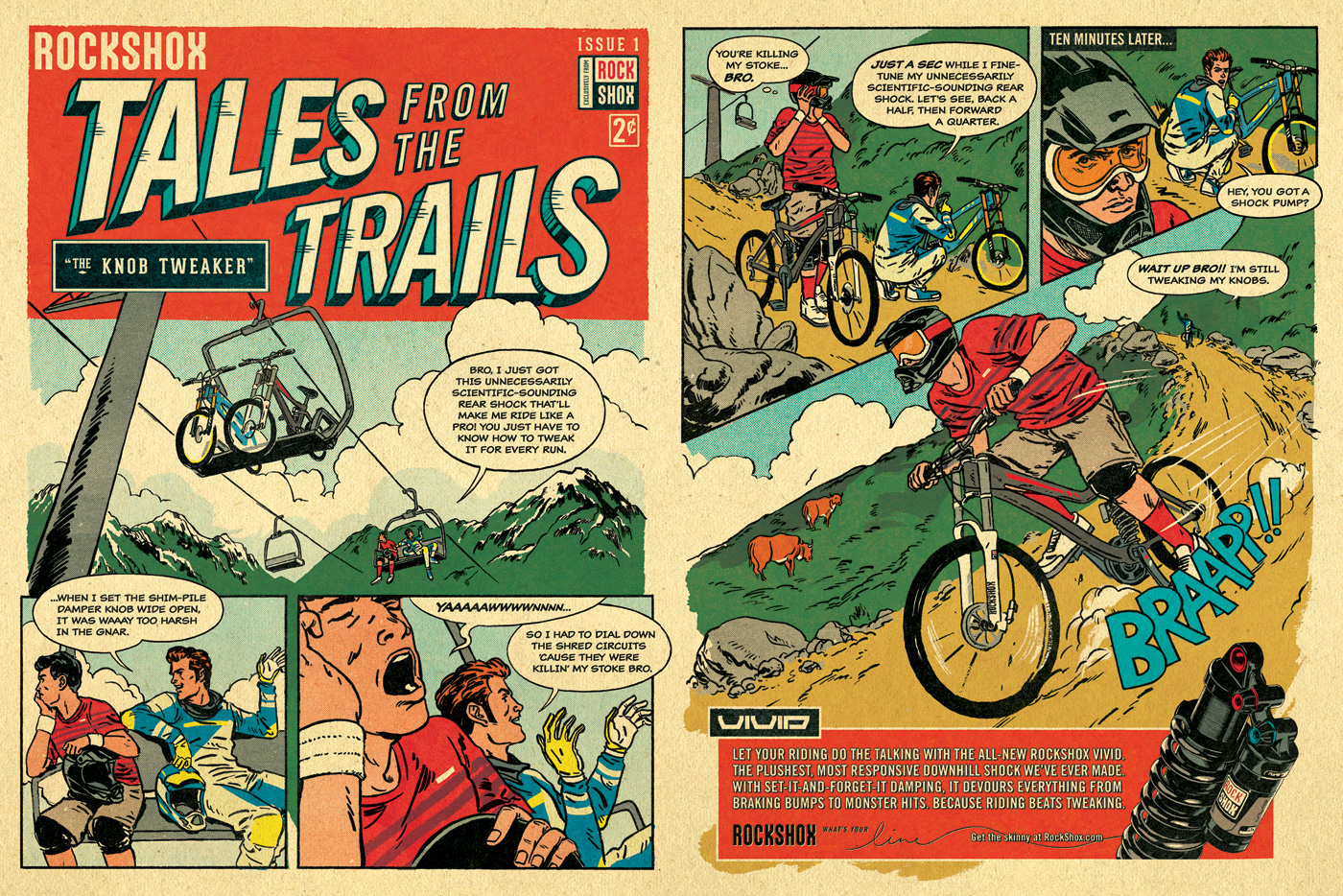 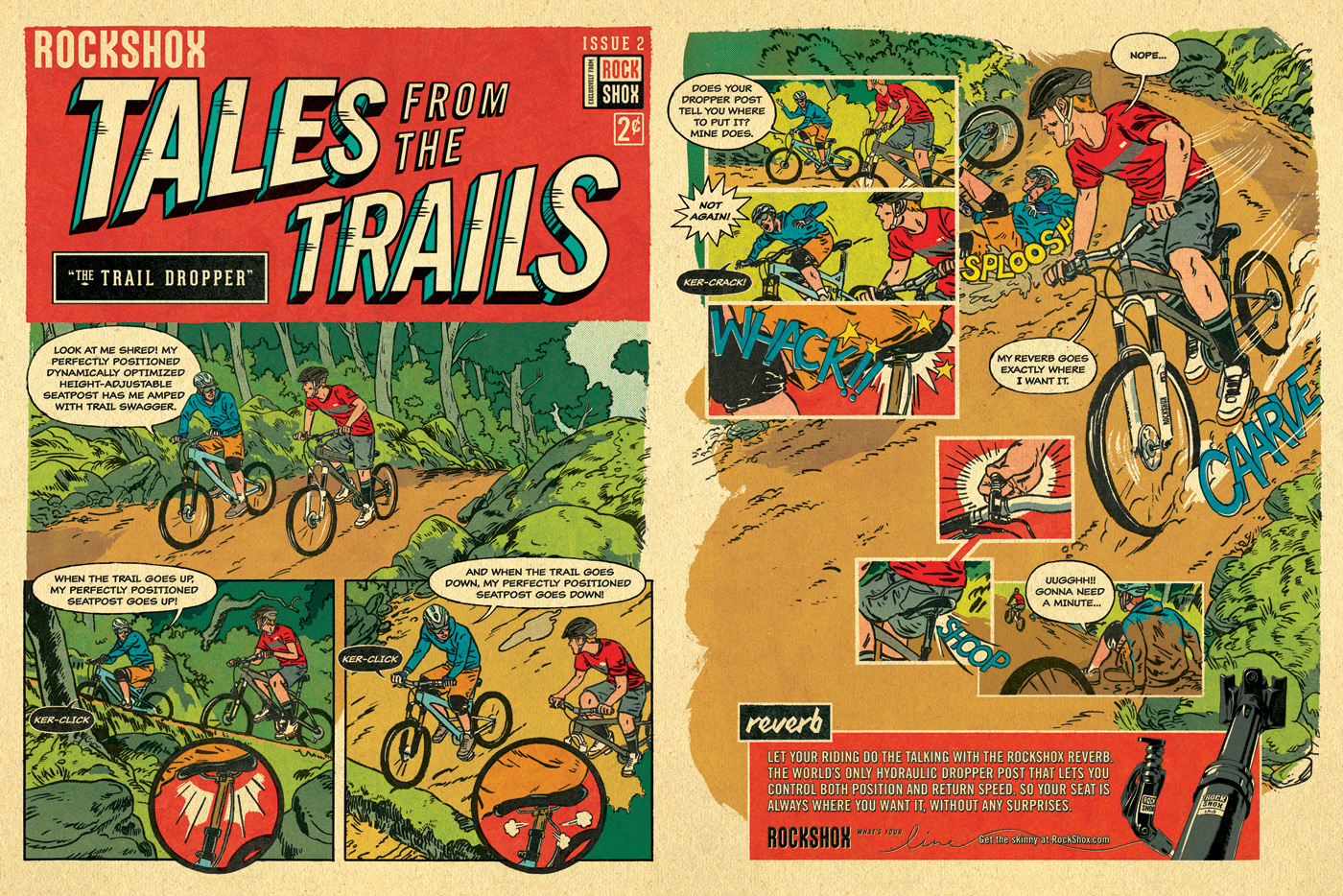 Tales from the Trails

Most bike manufacturers wax on about how their “revolutionary technologies” will instantly improve your riding experience. We used these comic book style print ads to show that technology can sometimes get in the way of what’s most important: the ride.

BUILT FOR THOSE WHO CHARGE

RockShox wanted to explain their all-new tech to industry insiders. But even for this audience, the inner working of a suspension damper needs complicated engineering-speak to explain – a sure fire way to make a dry presentation. So we spared the suspension rate curve graphs and made these spots, leveraging rider benefits of the now infamous Charger Damper to industry and riders alike. 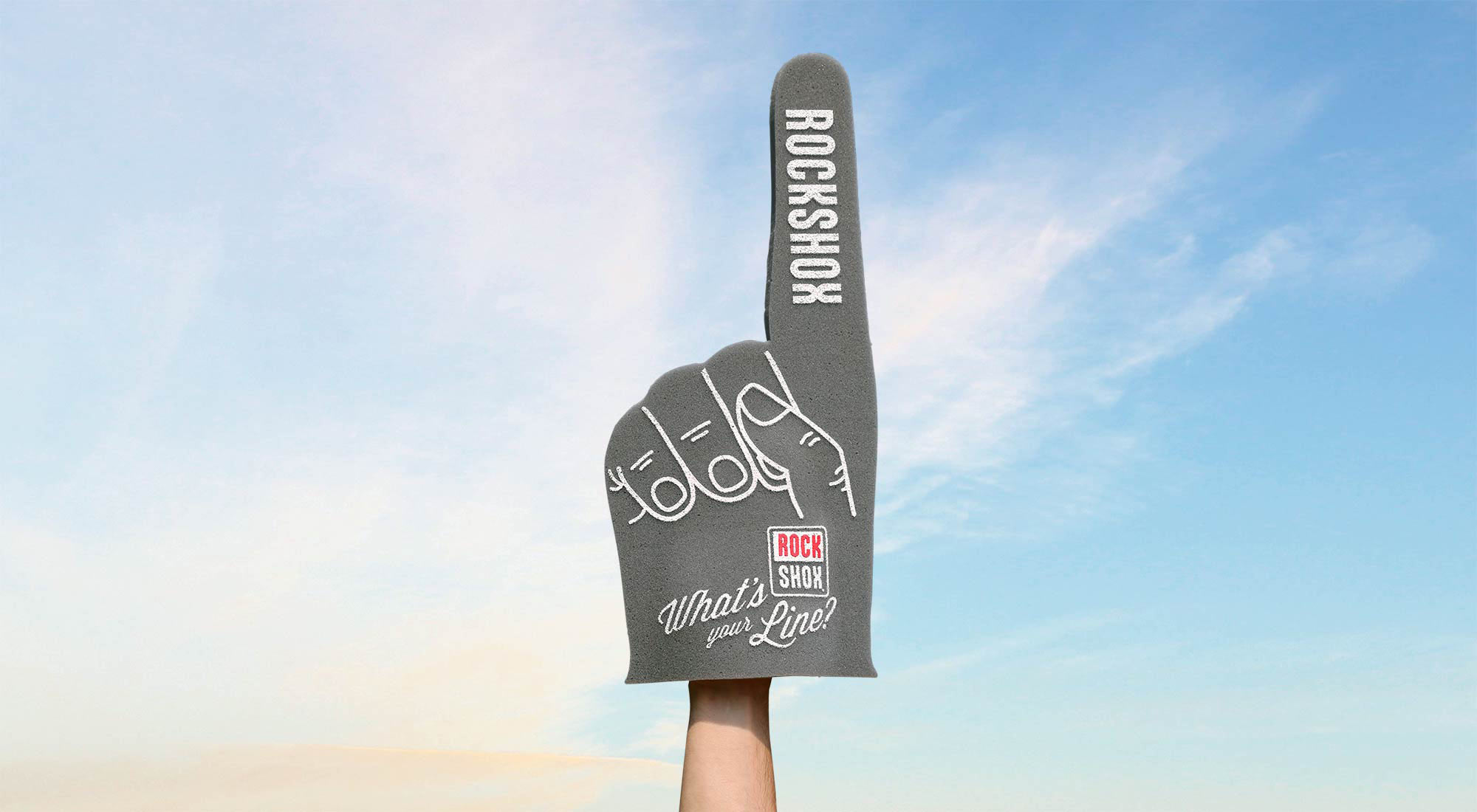