Just like any outdoor destination, Whistler Blackcomb isn’t immune to fluctuations in weather. So what does a business based on snow conditions talk about when Ma’ nature is having a bad hair day? – Something a lot more original than the village après. It was time for a new metric. One that proved there are no bad days at Whistler Blackcomb. With the help of GFC, 2016/17 was a season of firsts for the world’s most loved ski resort.

It’s easy to forget that when it’s raining in Vancouver – where the majority of Whistler Blackcomb’s skiers live – it’s usually snowing up in Whistler. And because the typical daily snow report doesn’t always break through, we invented The Whistler Blackcomb Rolling Snow Report. Delivering to Vancouverites the latest snowfall news in a way that’s impossible-to-ignore during Vancouver’s wettest March on record, in over 60 years. 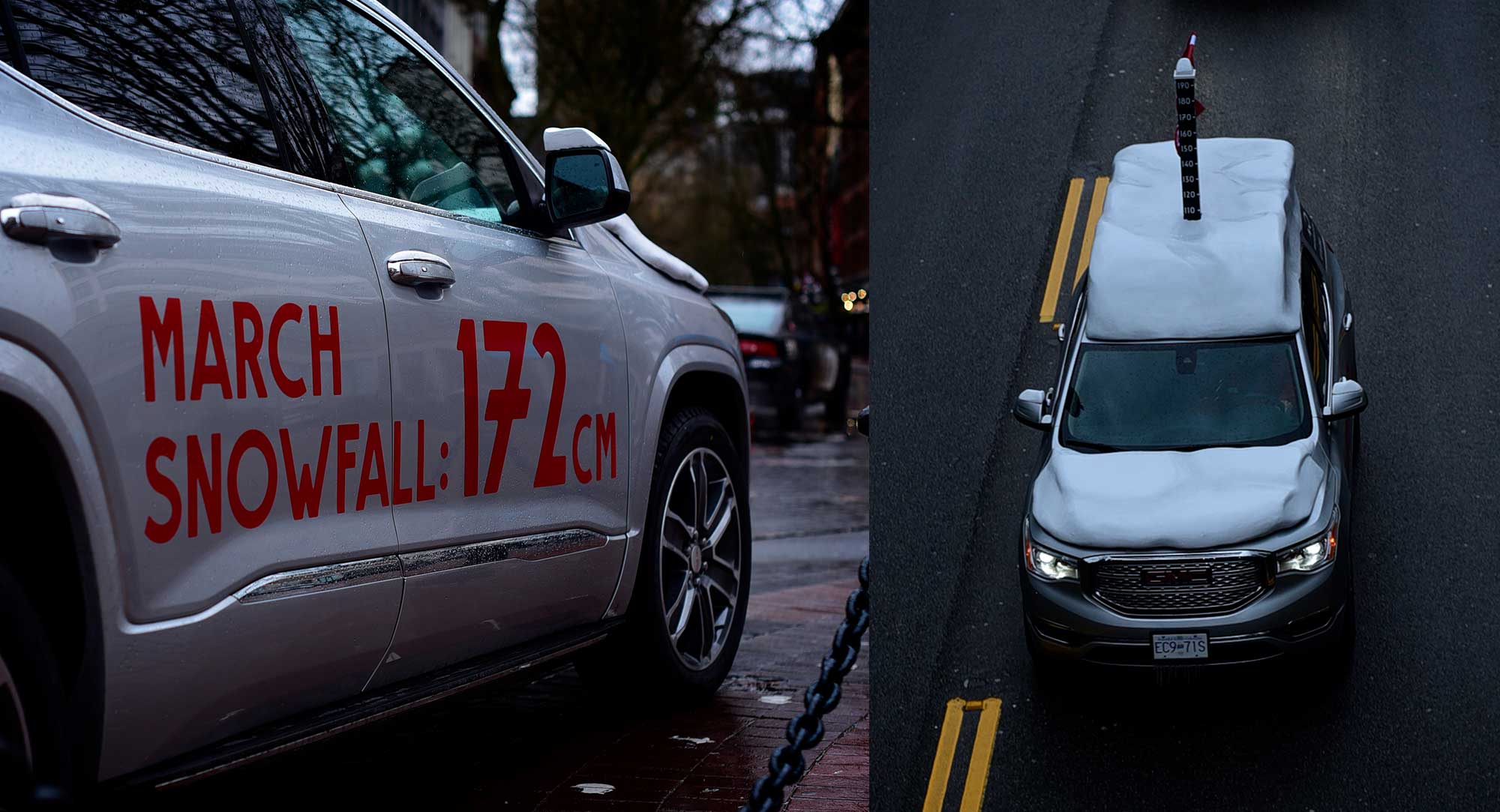 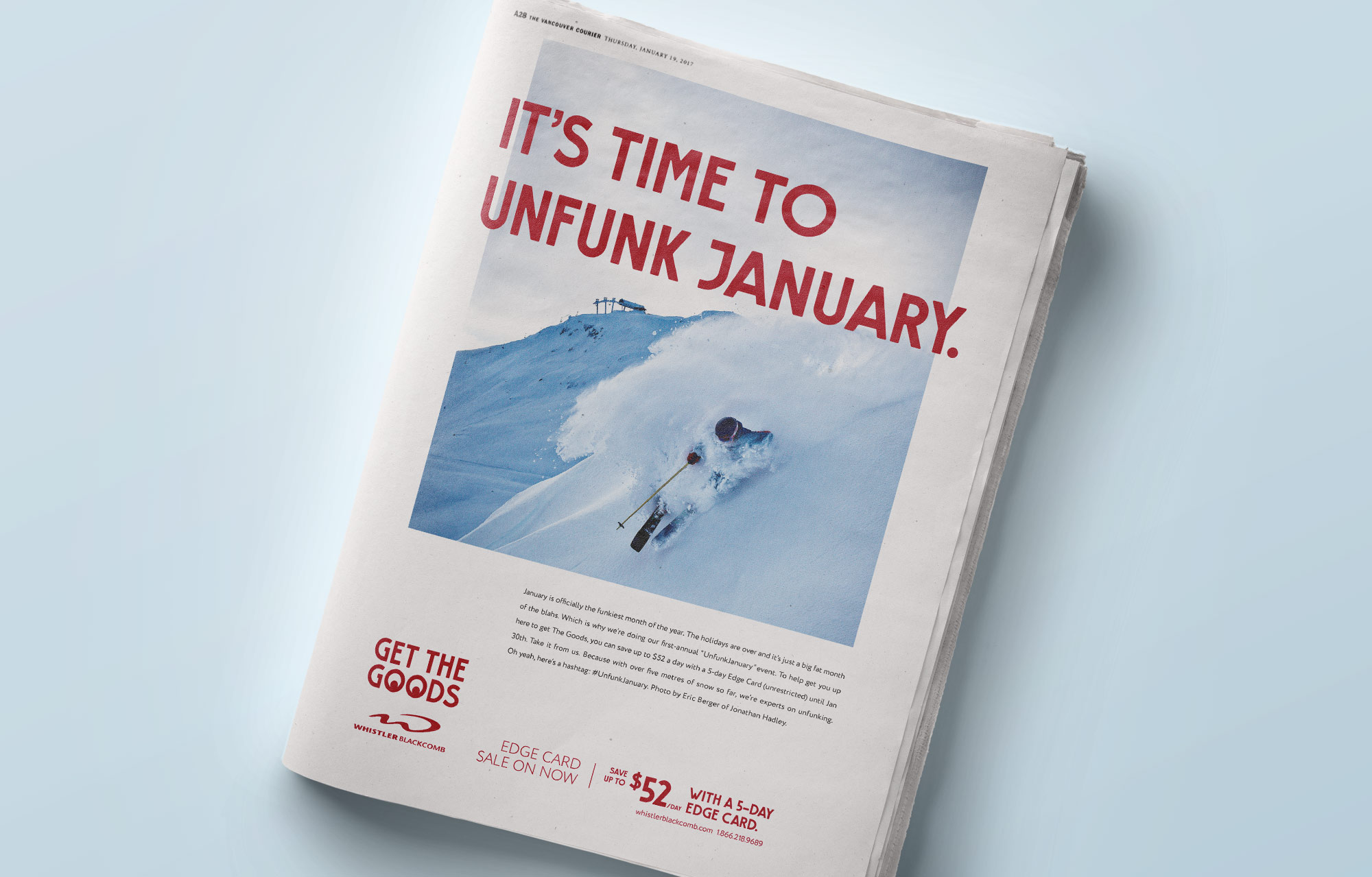 JANUARY, YOUR FUNKY VIBES HAVE GOT TO GO.

Historically, WB’s January Edge Card sale relied on snow to motivate sales. But the previous two seasons of sub par conditions left skiers skeptical. To combat this, we connected the sale to a larger cultural phenomenon – January as the most awkward month of the year. 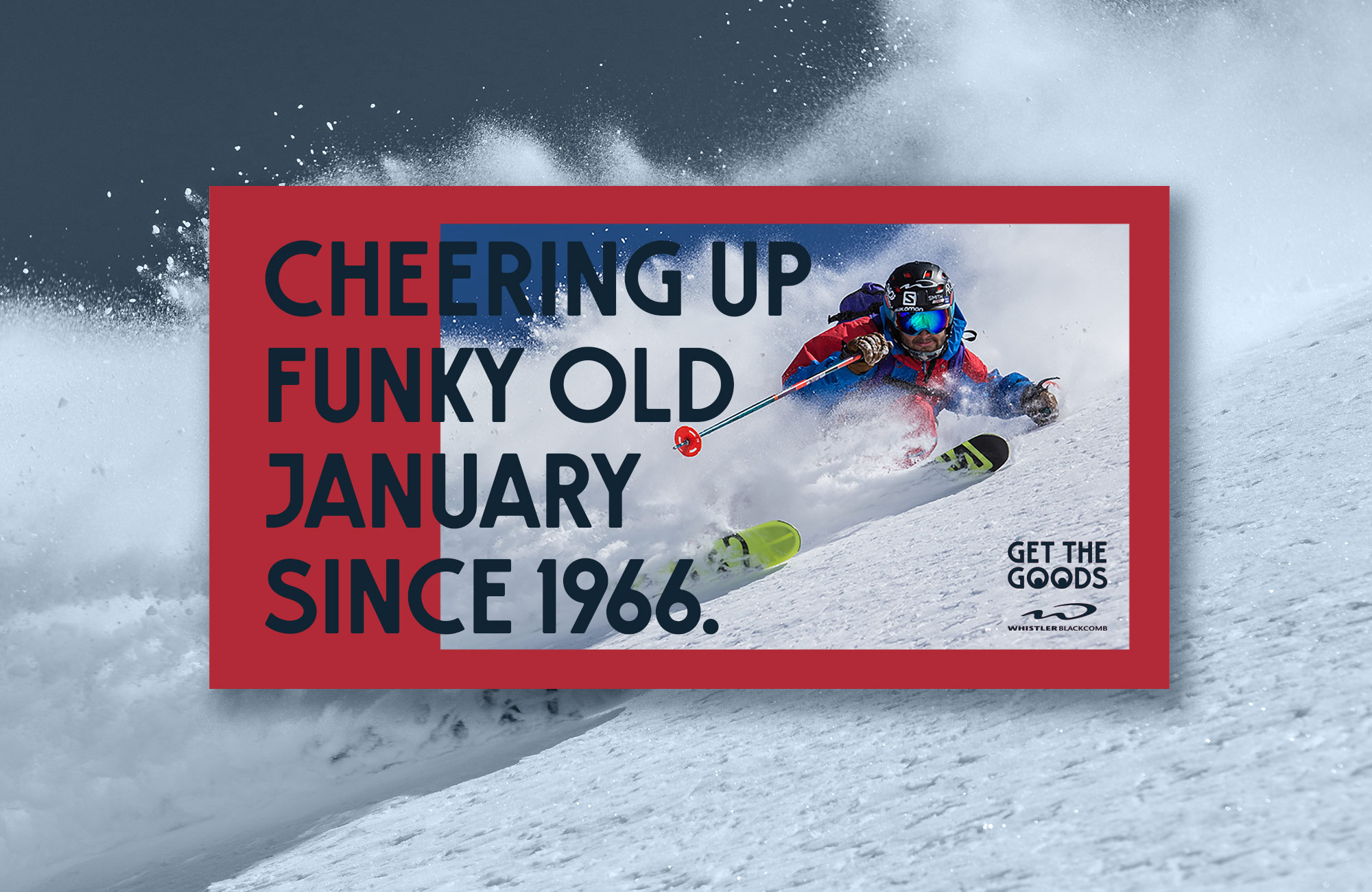 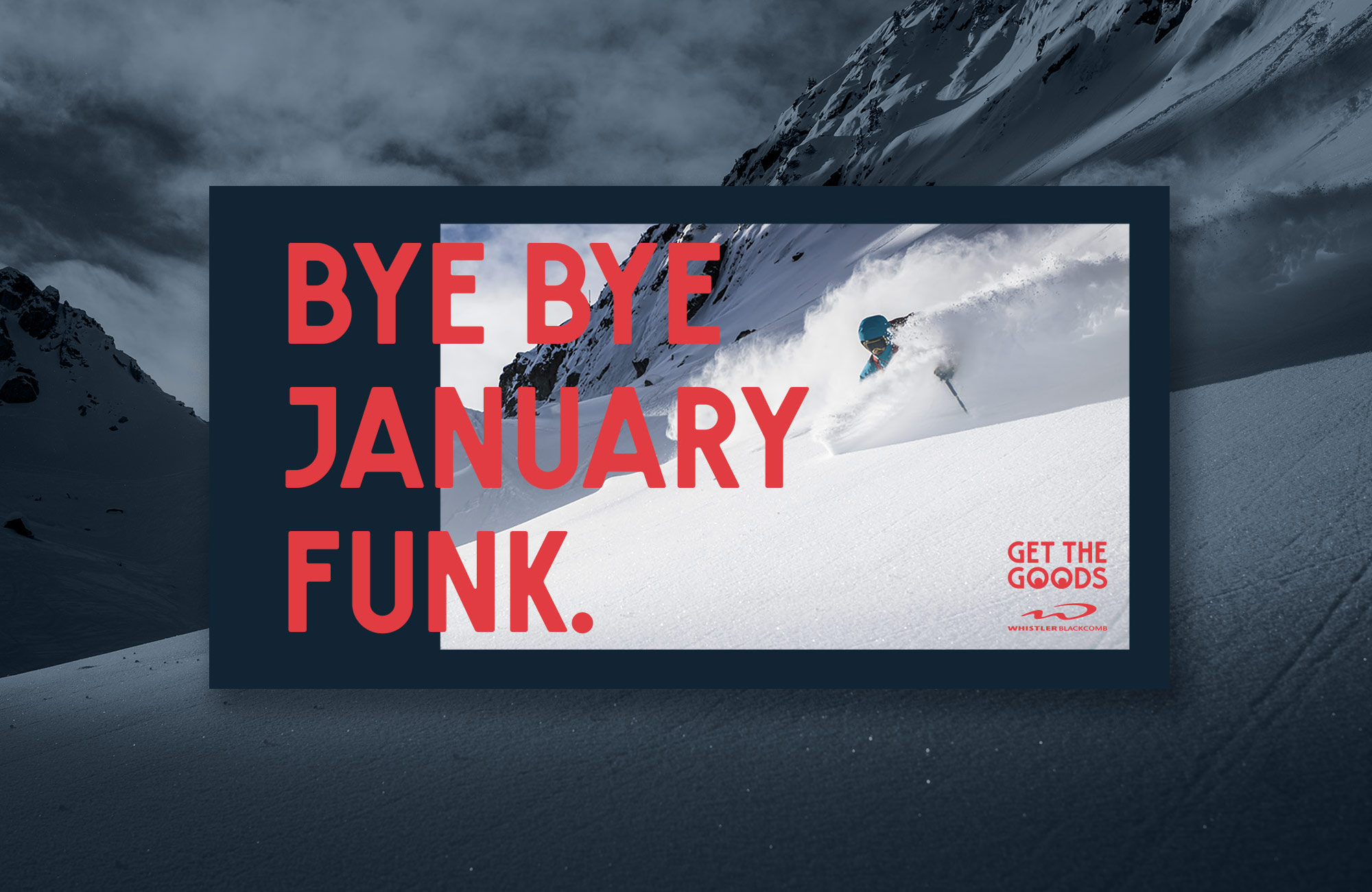 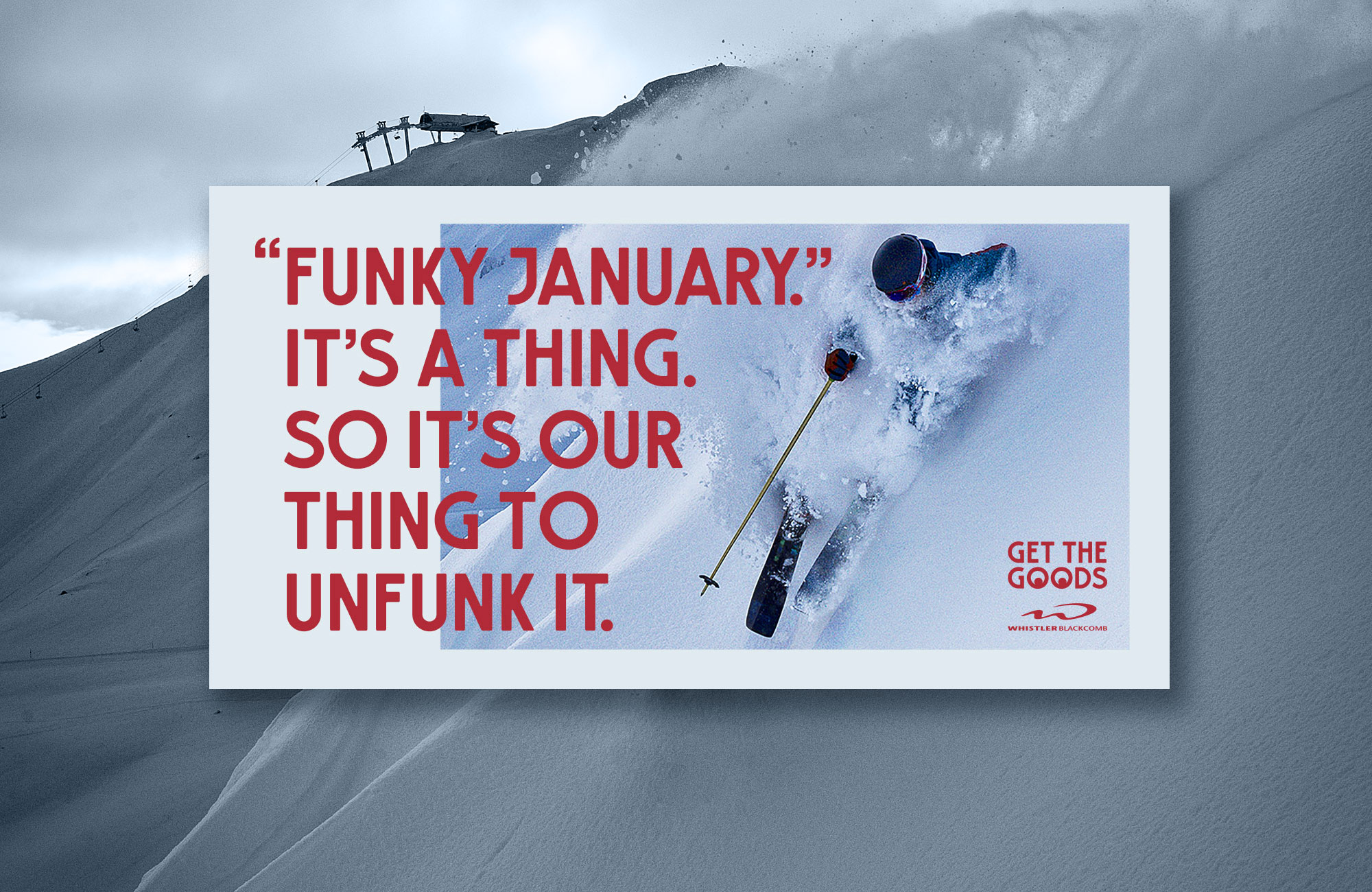 Daily, skier’s tune into WB’s social channels for the latest snow conditions. Trouble is, the conditions weren’t always good. And drawing attention to other aspects of the resort, village and après quickly became formulaic for the entire ski industry. 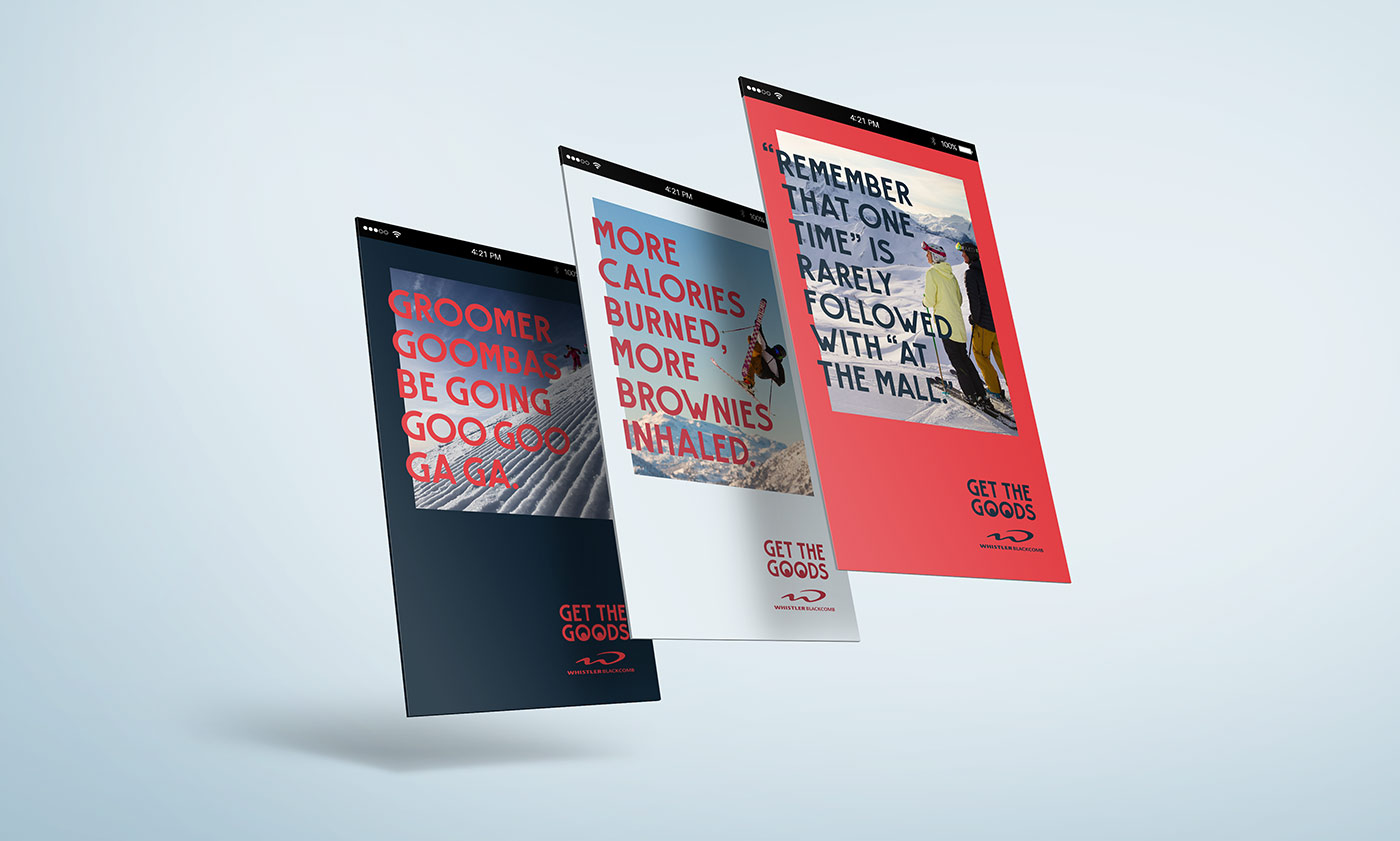 The Goods Report, a daily social media tool kit provided a new platform that makes news out of corduroy groomers as it does pow days. For the first time ever, WB embraced a Pacific North Western winter rain storm, and featured skiers carving turns and still having a blast. With an interjection of honesty to the social channels, the campaign saw results that surpassed our campaign goals. 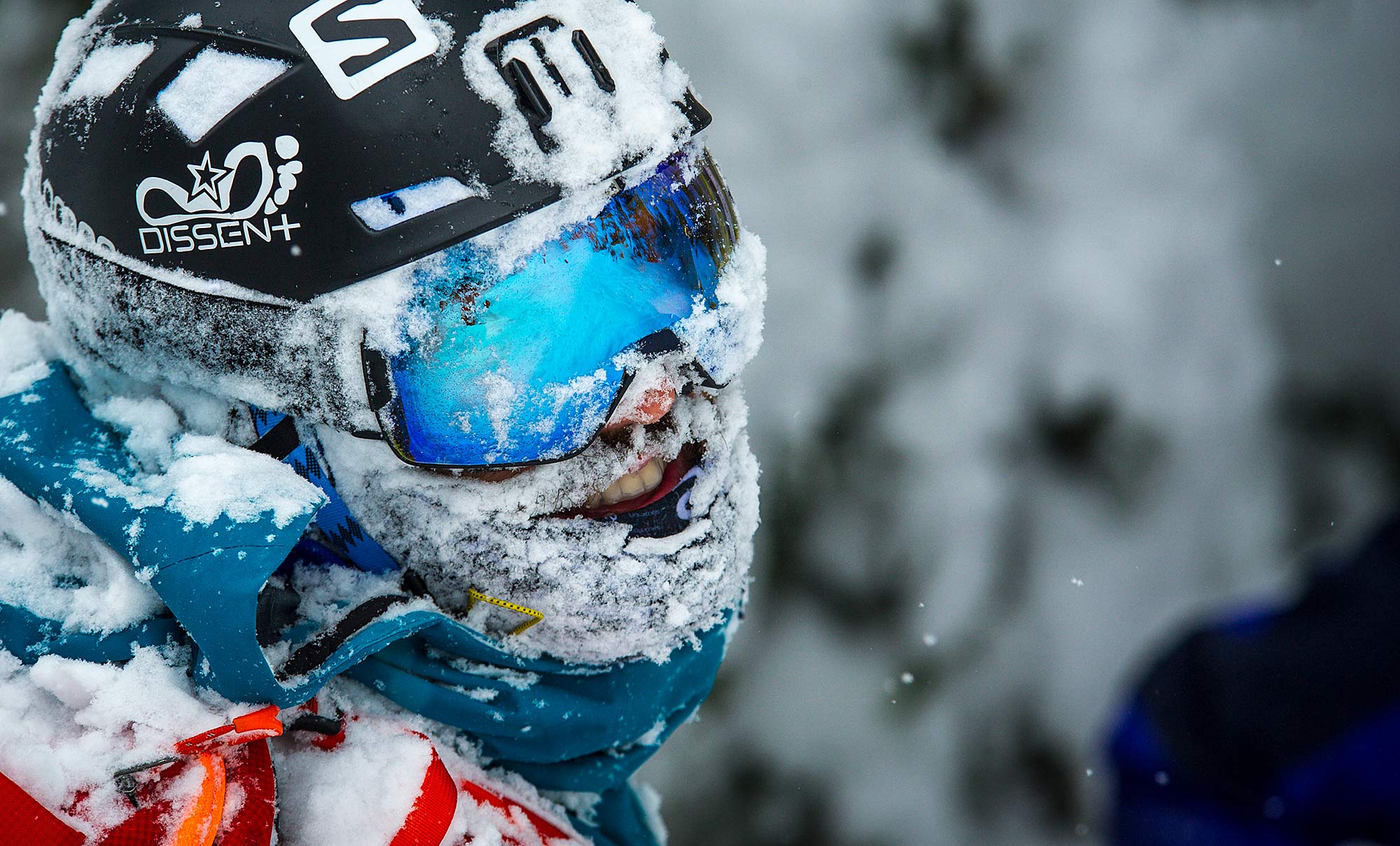