Contrary to the name, the mountain bike film NOTBAD was actually pretty great. It made you feel young – a feeling nearly everyone can appreciate. So when it came time to deliver the films sequel, expectations were high. And we knew that the self-deprecating humor that’s inherent in a film titled NOT2BAD doesn’t come along often. As such, we felt it was our duty to lean heavily into this creative play land. Our solution was to deliver film art direction and a campaign full of WTF’s!, seriously’s?, and “I have no idea what’s going on but I want to find out’s!”.

Most action sports films try their hardest to appear to be big budget productions. We turned the tactics that Hollywood films traditionally use to promote their film into irreverent content, rooted in the mountain bike mindset. 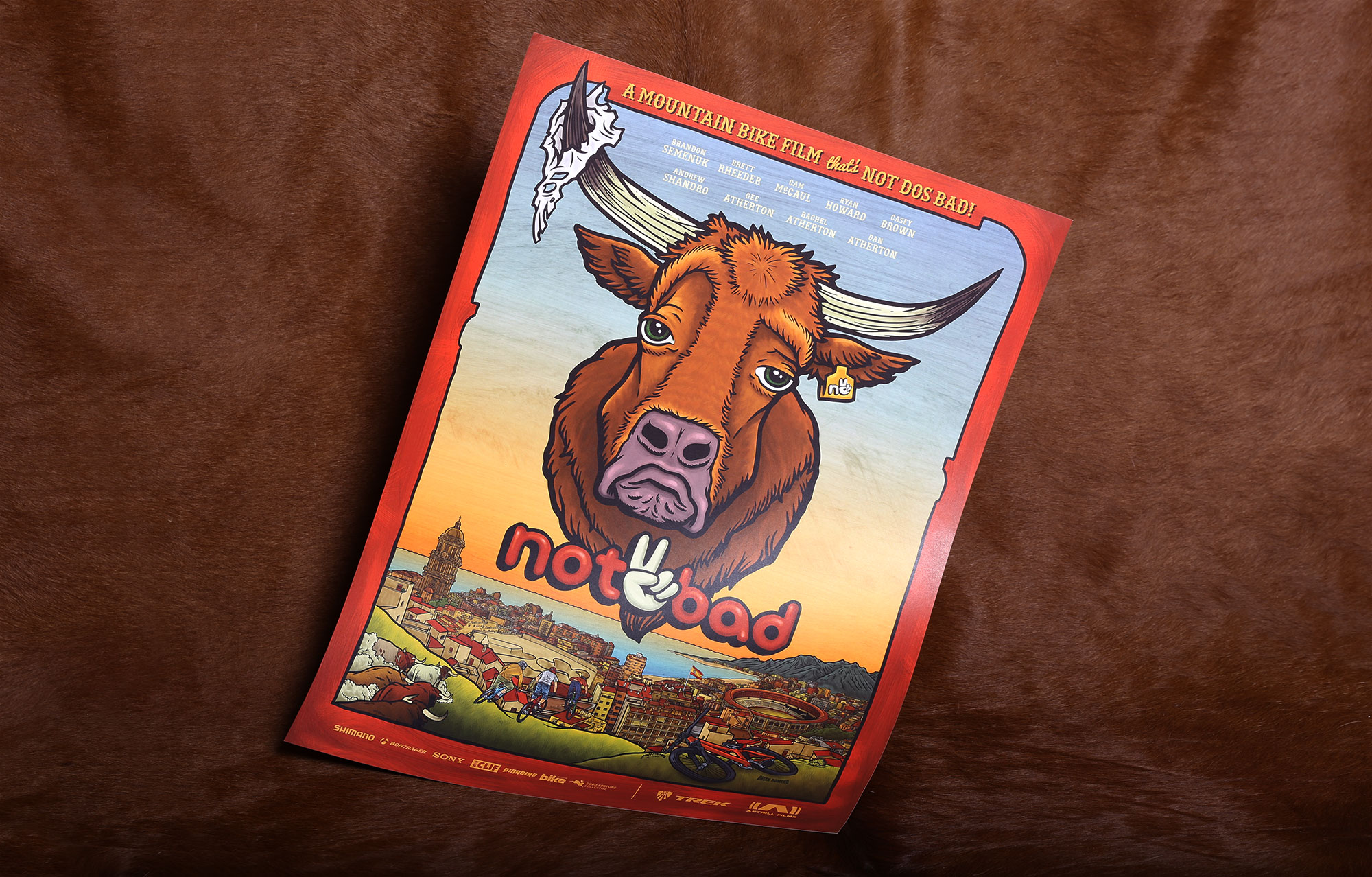 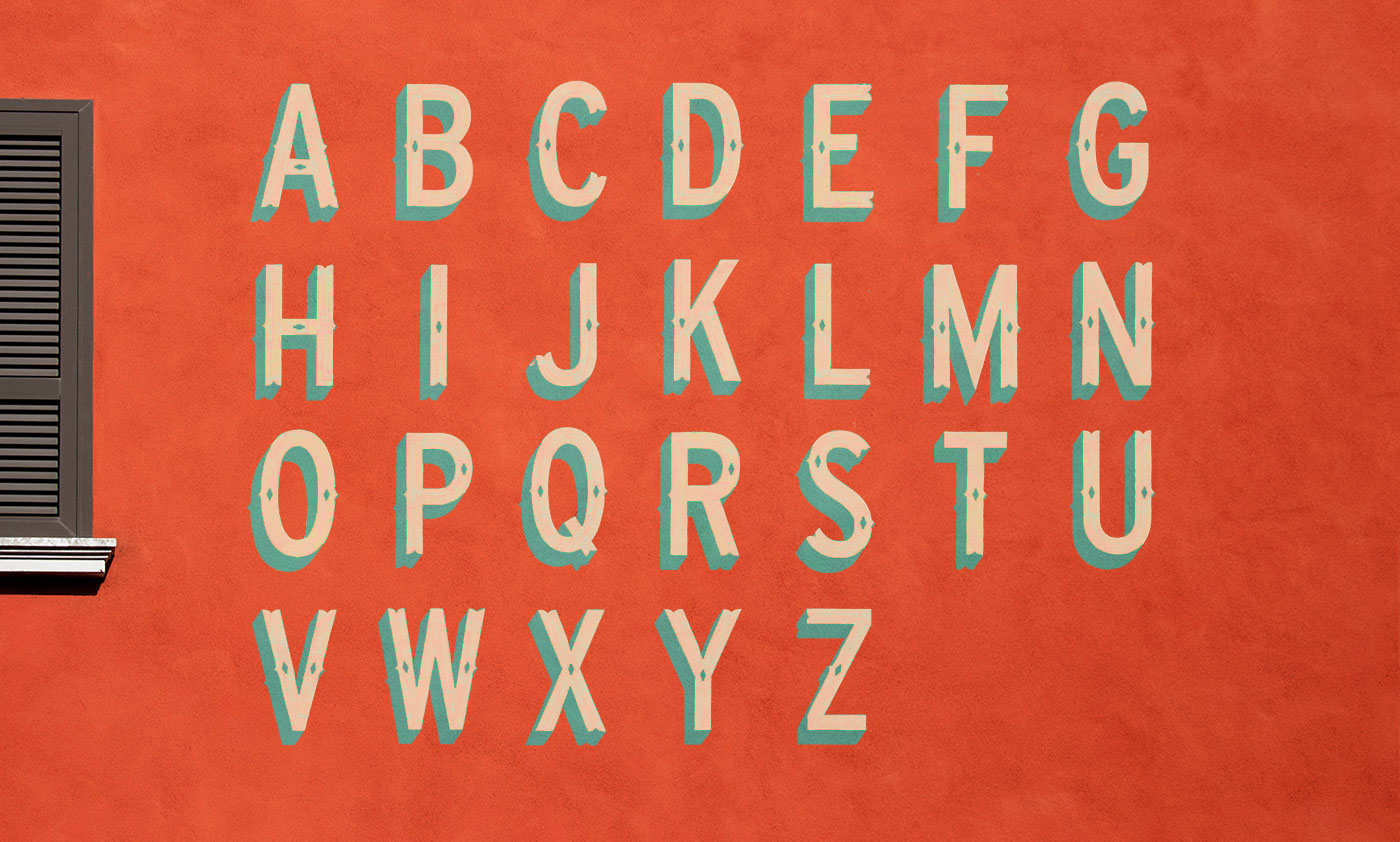 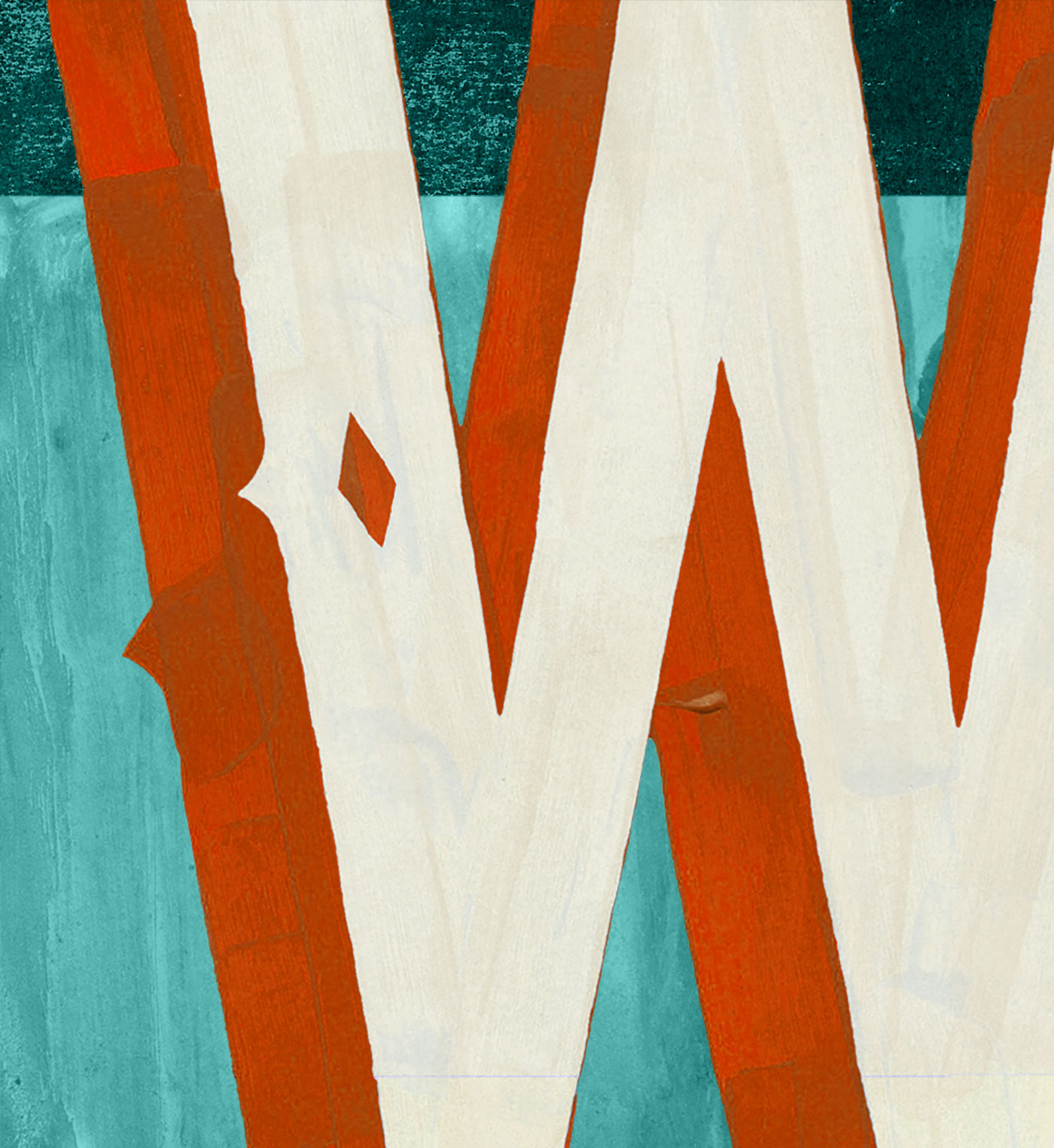 To get the perfect Spanish flair, we hand painted an alphabet inspired by local sign painters. 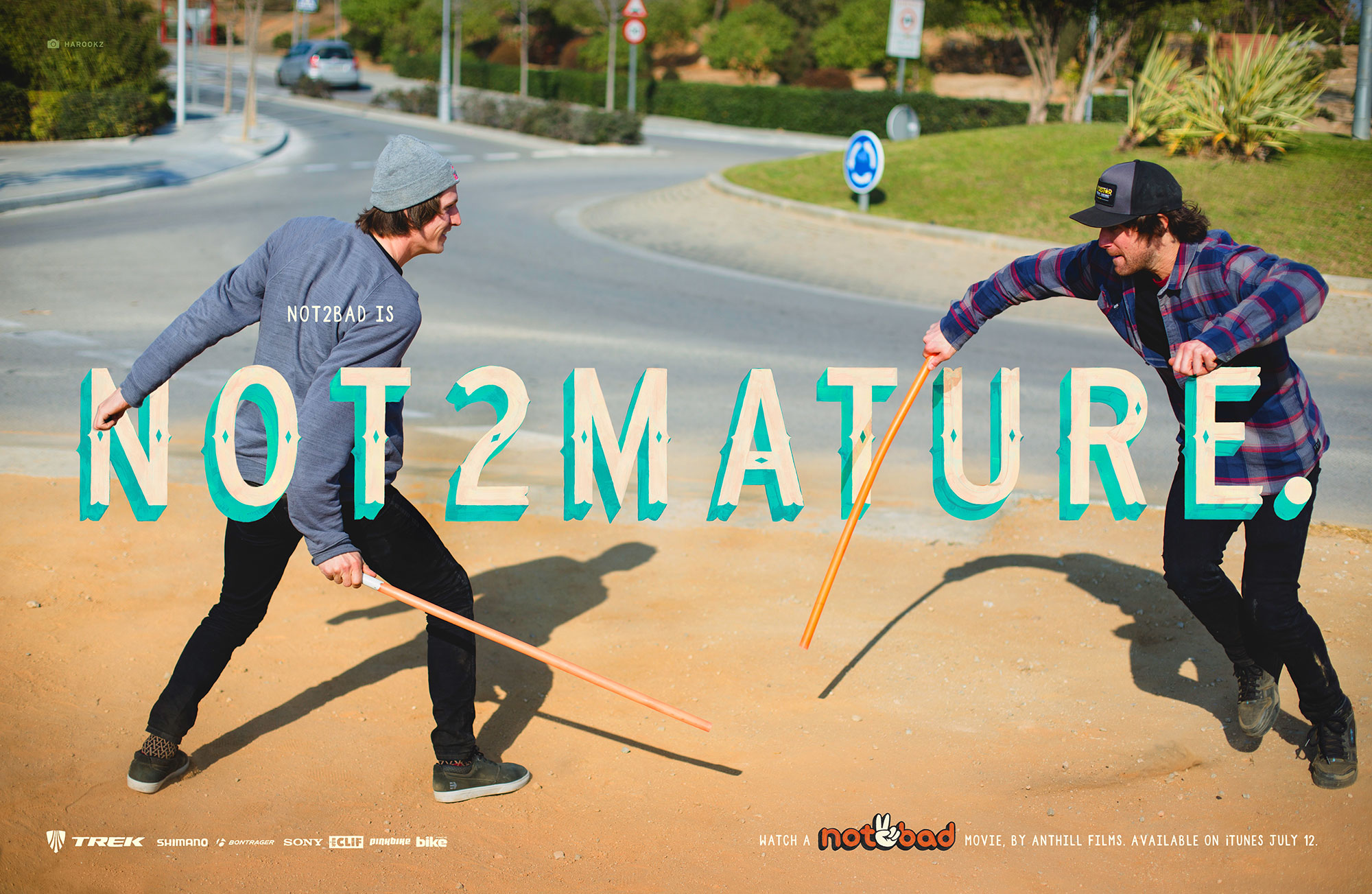 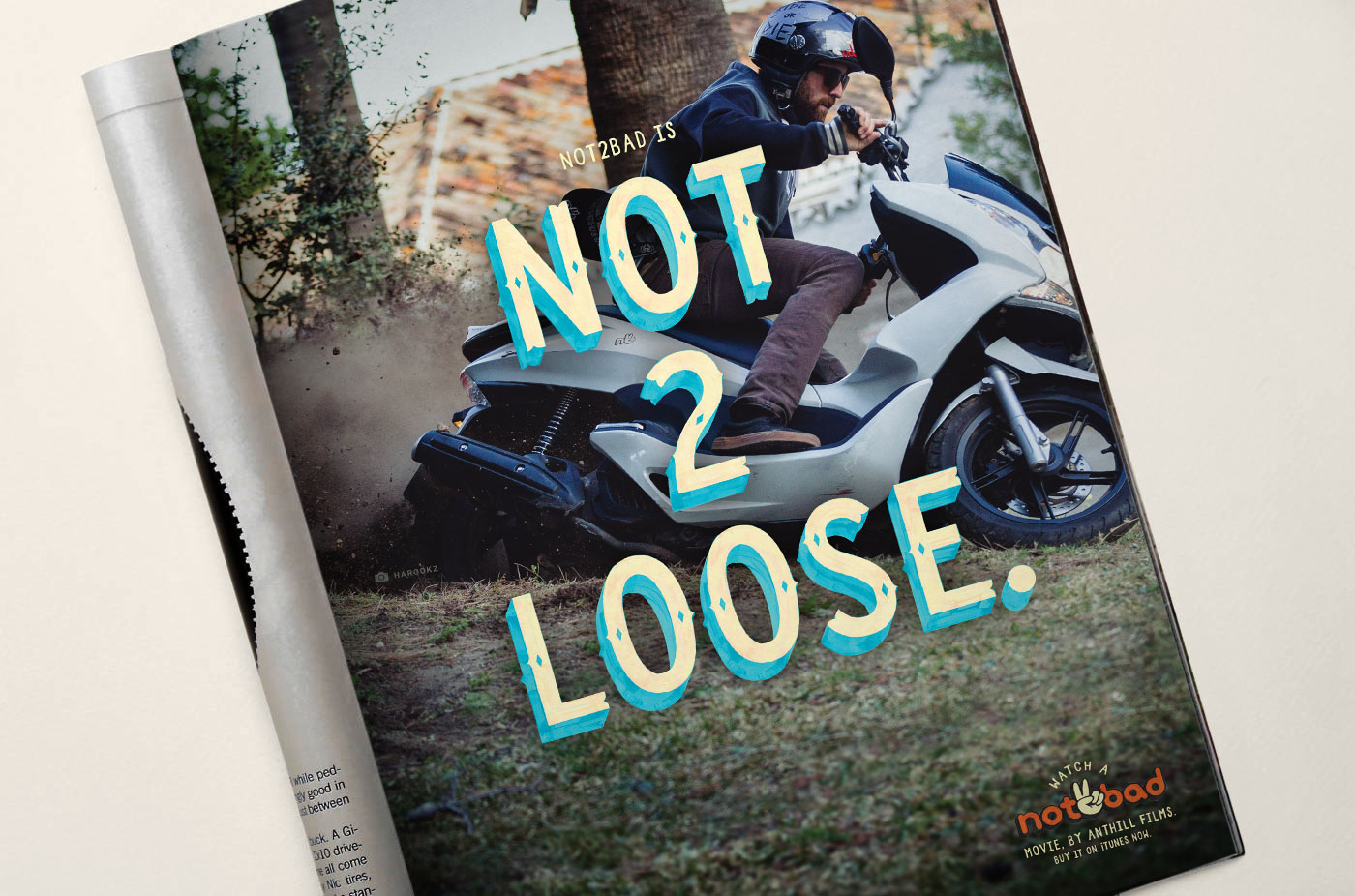 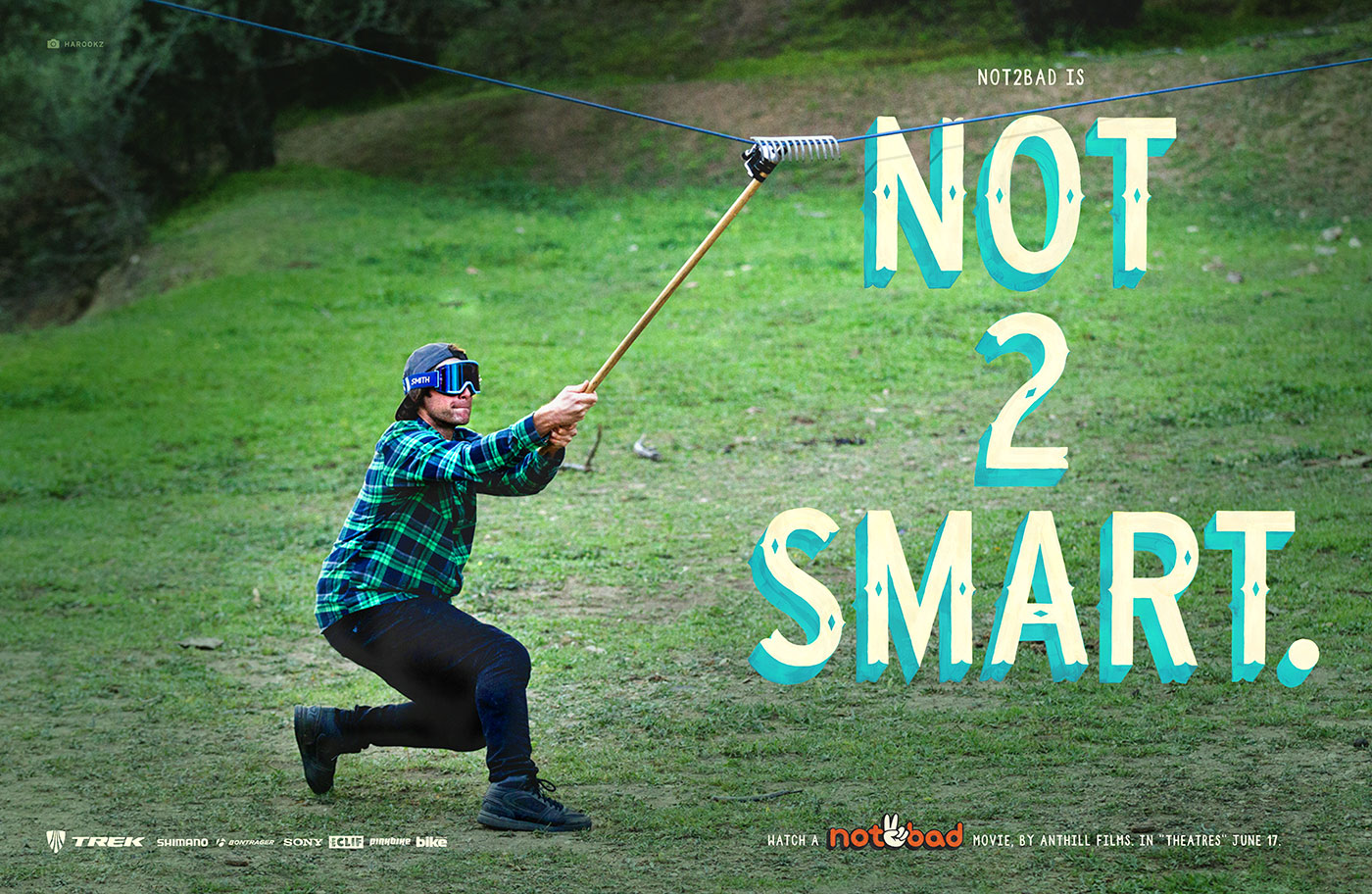 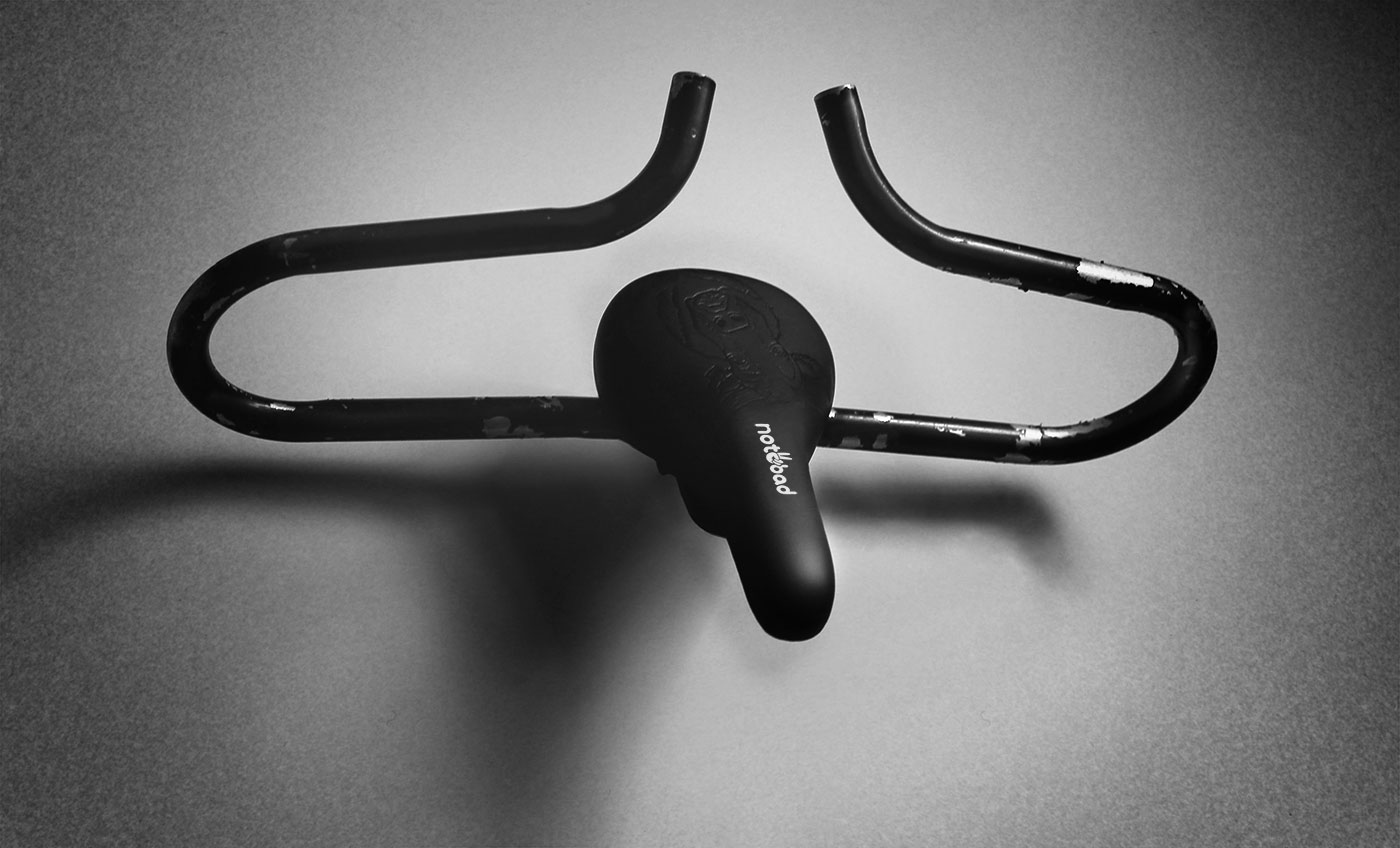 PAYING HOMAGE TO THE MASTER.

A bike film shot in Spain wouldn’t be complete without a nod to Pablo Picasso. This NOT2BAD bull head saddle gave the perfect opportunity to recreate Picasso’s 1942 found object artwork “Tête de Taureau / Bull’s Head” and was proudly on display at the movie premiere. 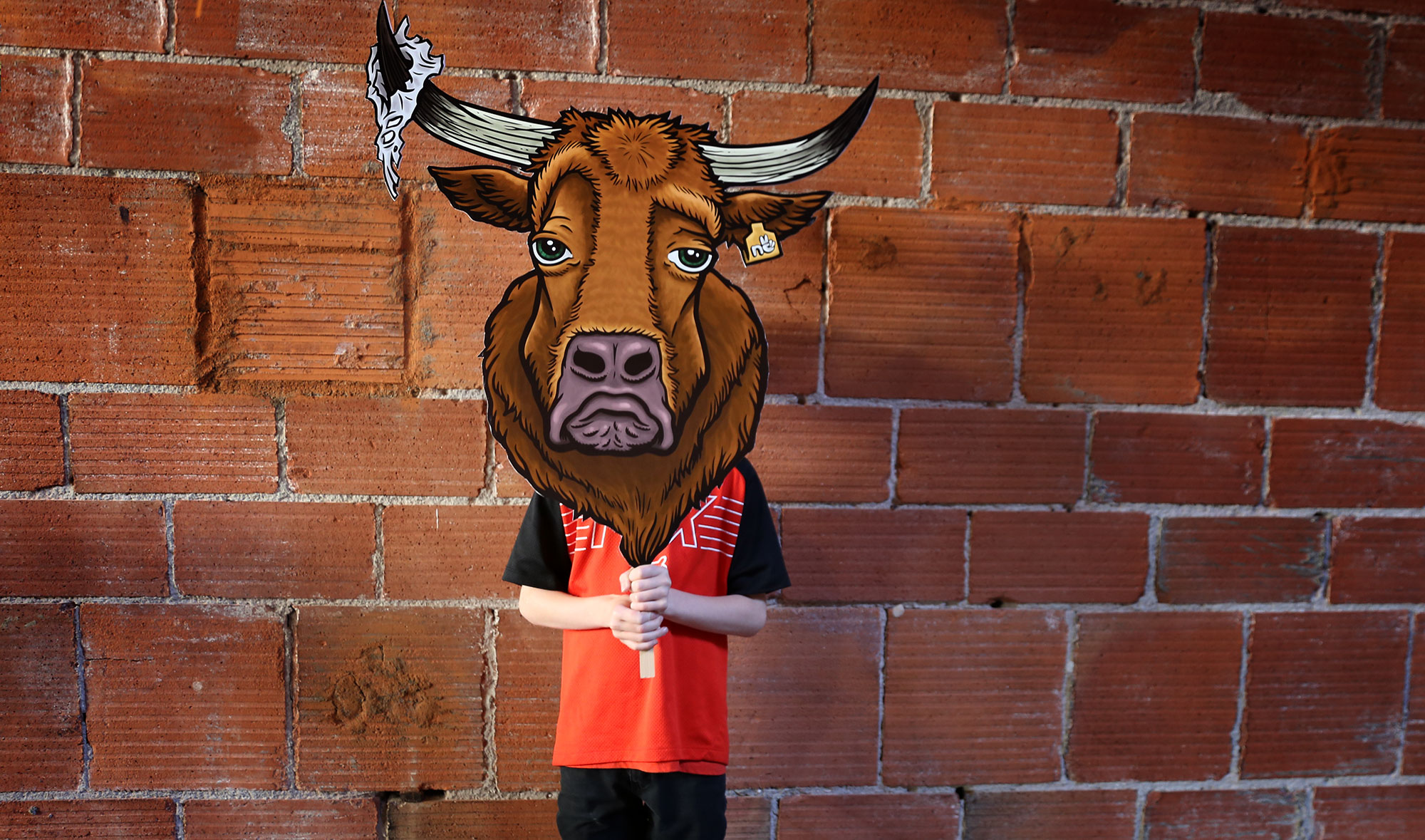