We love the bicycle commuter. Because these are people who aren’t riding a bicycle for fitness, vanity or race results. They’re riding for a purpose – to simply get somewhere. And how cool is that? For the commuter, riding is all about the destination. That’s why they need locks they can trust and helmets they can use. Trouble is, the bike industry spends its time speaking to higher-octane disciplines of cycling. And ABUS’ 90+ years of European brand recognition didn’t translate to riders in North America. So we had to create massive amounts of awareness and establish ABUS as the brand that’s made for bikes that stop. 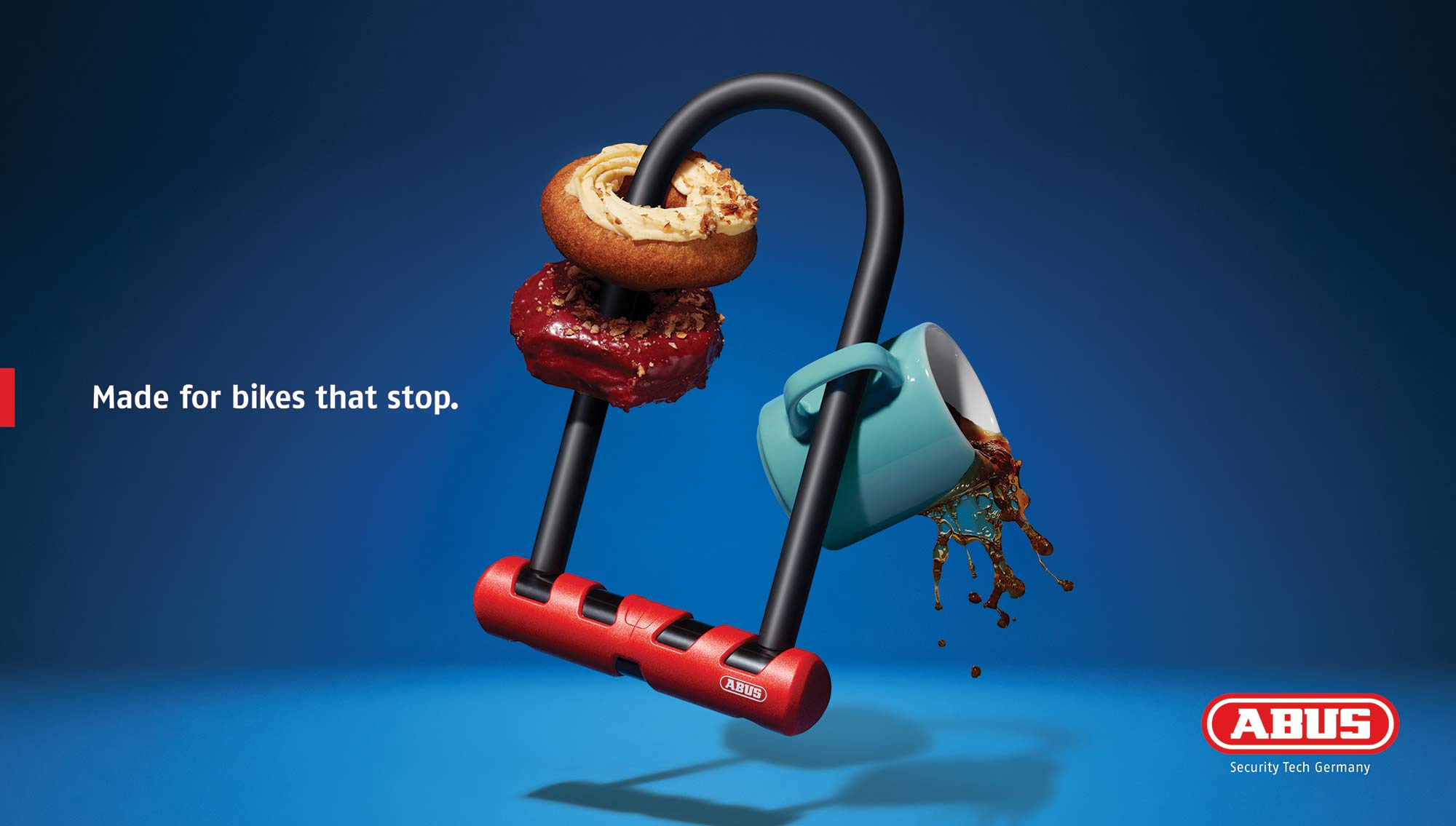 A TO B IS THE ONLY POINT.

As varied as bicycle commuters are, one thing they do share are the places in which they lock their bikes. So our launch campaign pared the commute back to its essence, stripping everything away to a few items from the destination and the lock that commuters rely on to protect their way of life. 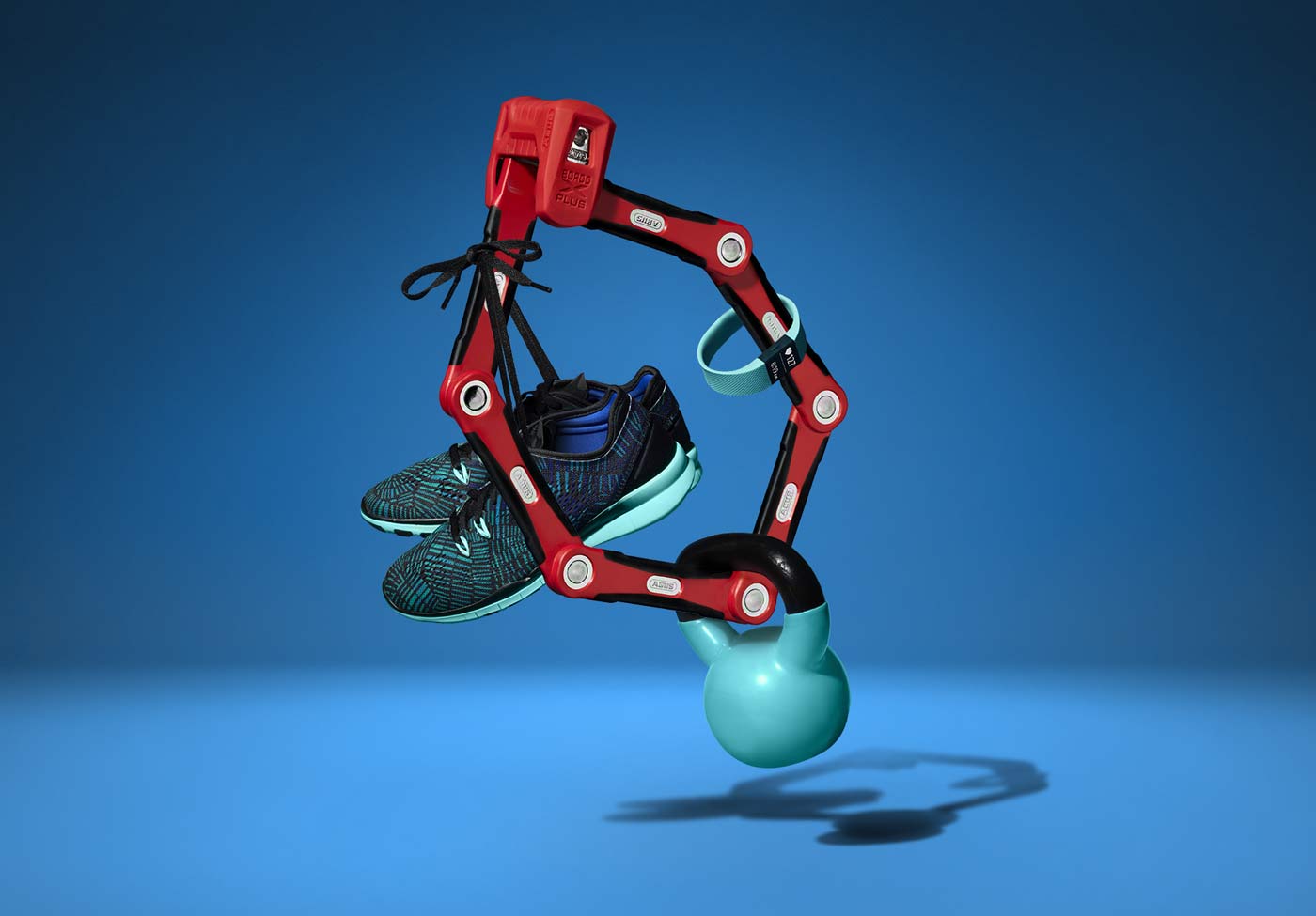 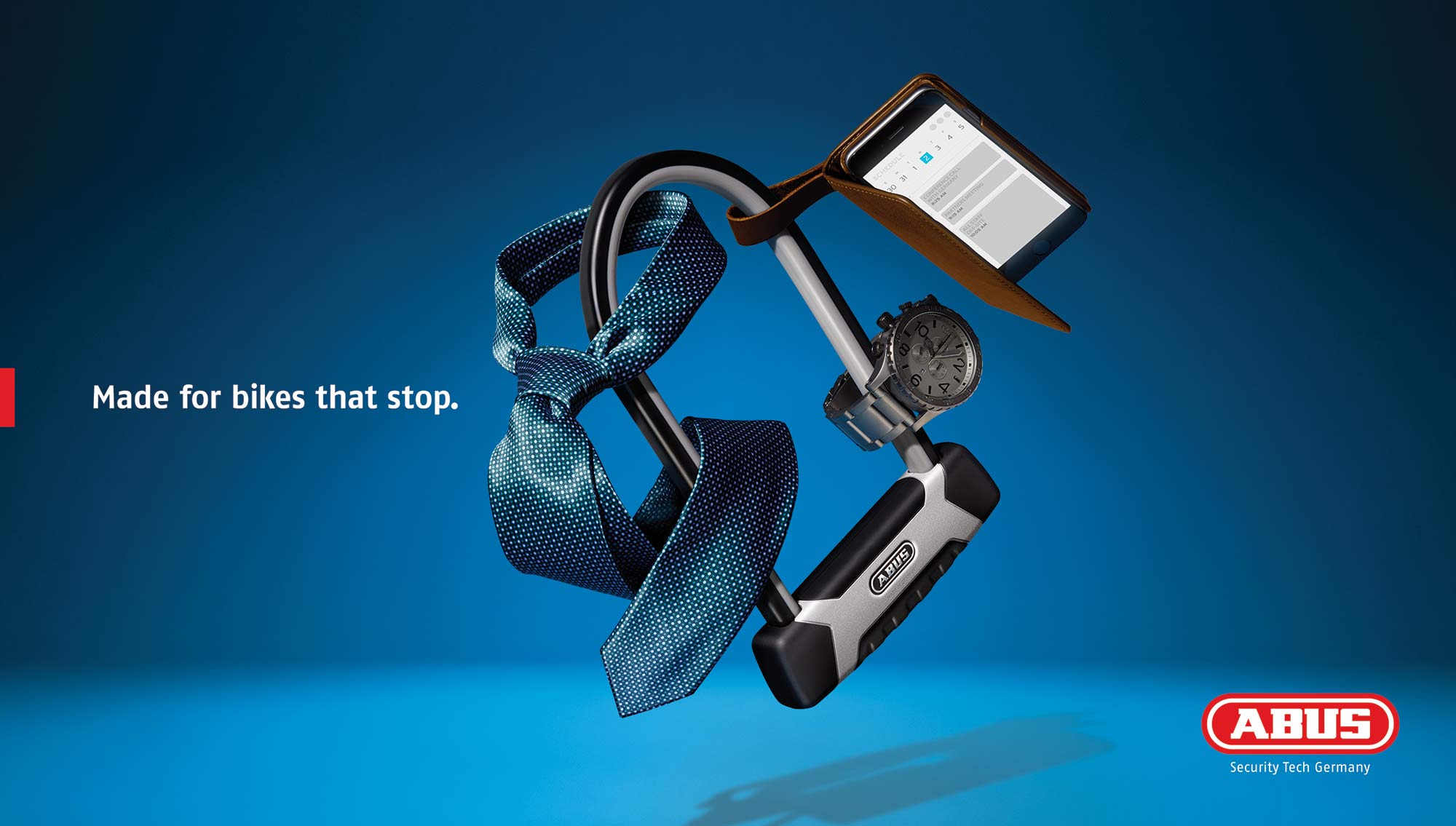 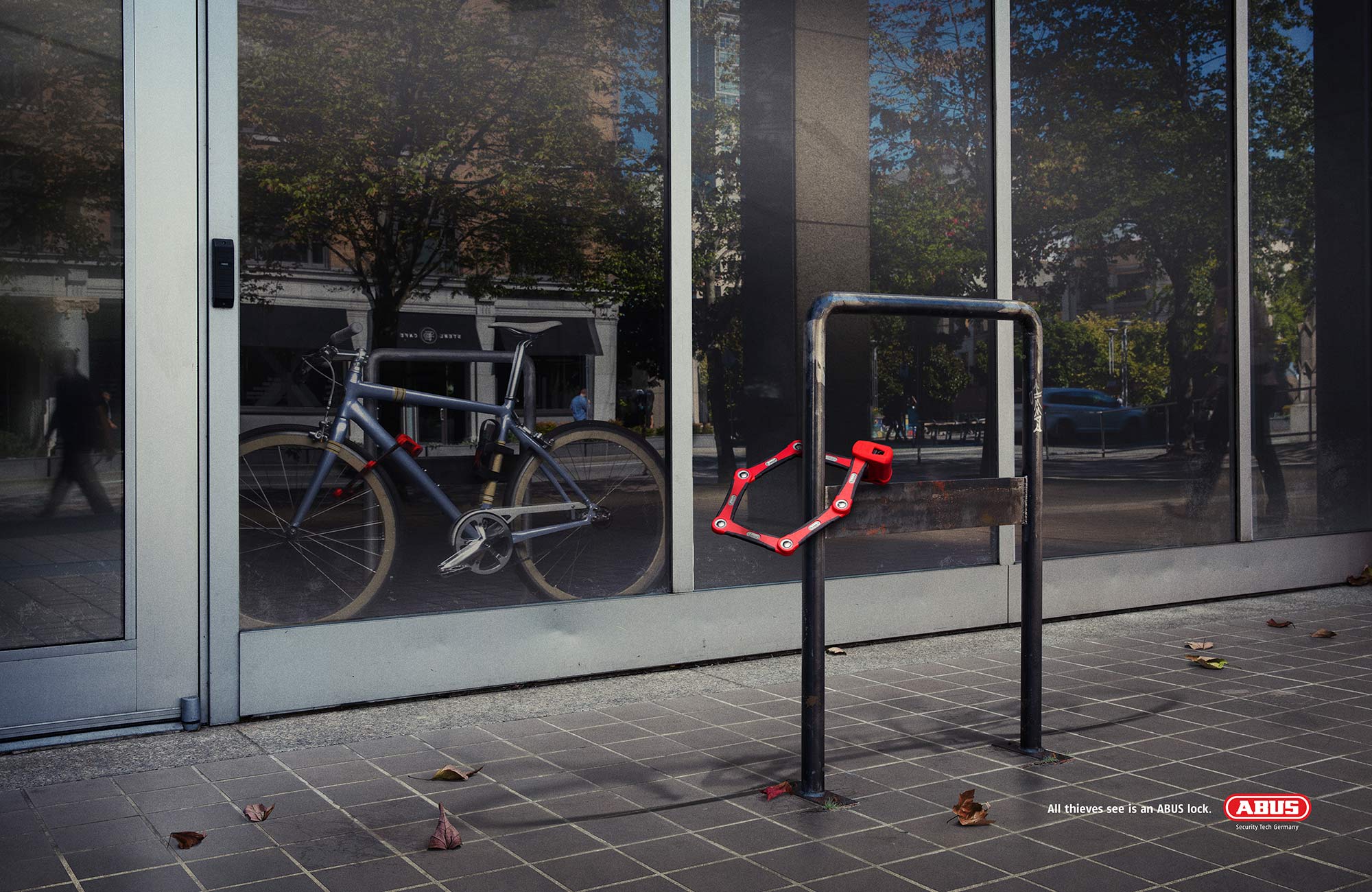 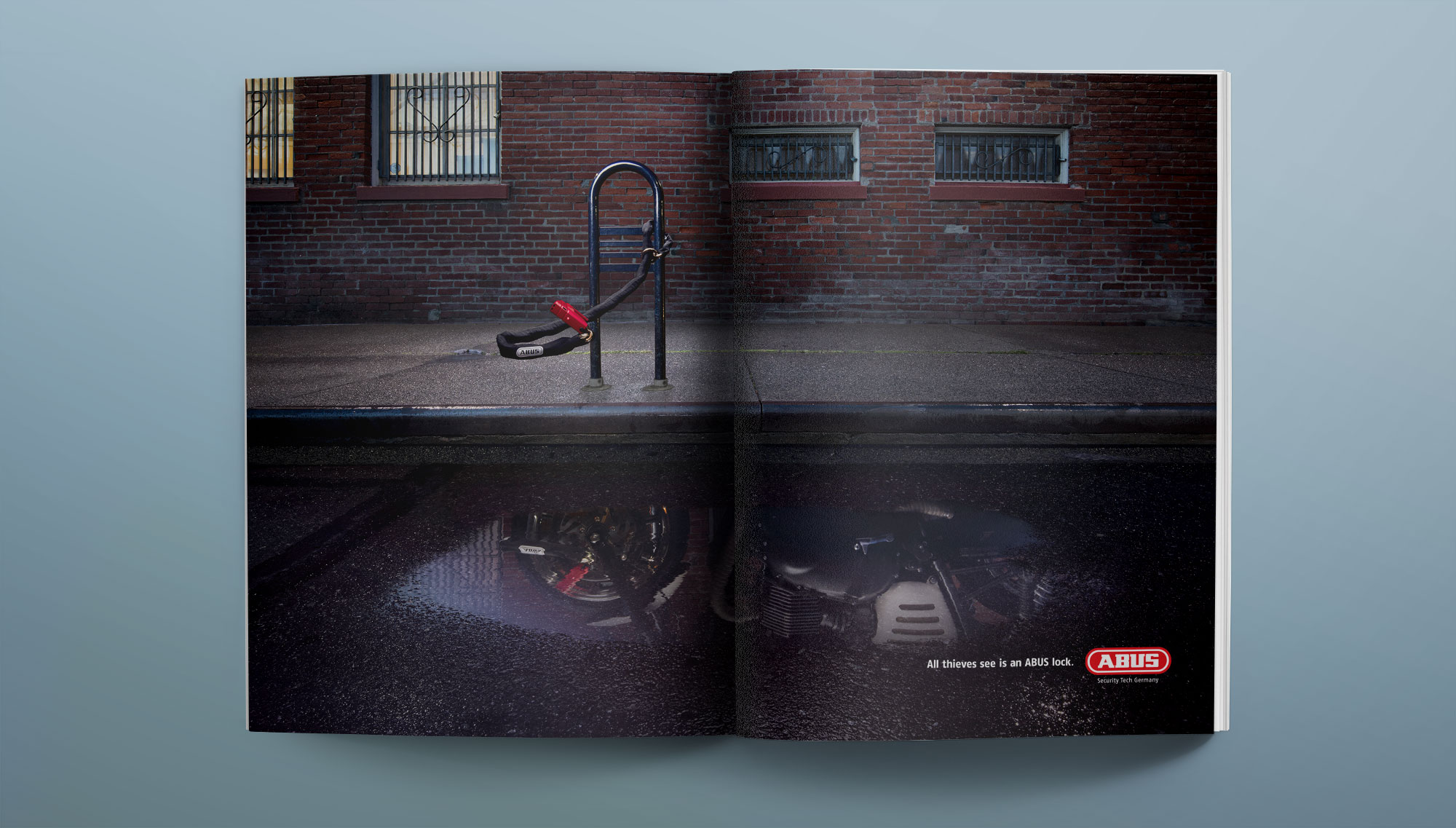 No matter how badly a thief wants to snag a bike, the last thing they want is to get caught. So much so, they often choose which bike to steal based on how quickly and quietly they can cut the lock. Thankfully, the German engineers at ABUS have done such an incredible job designing the most secure locks on the market, that thieves simply avoid the hassle and risk in cutting them. This campaign initiative showed commuters the way a thief sees their bike. 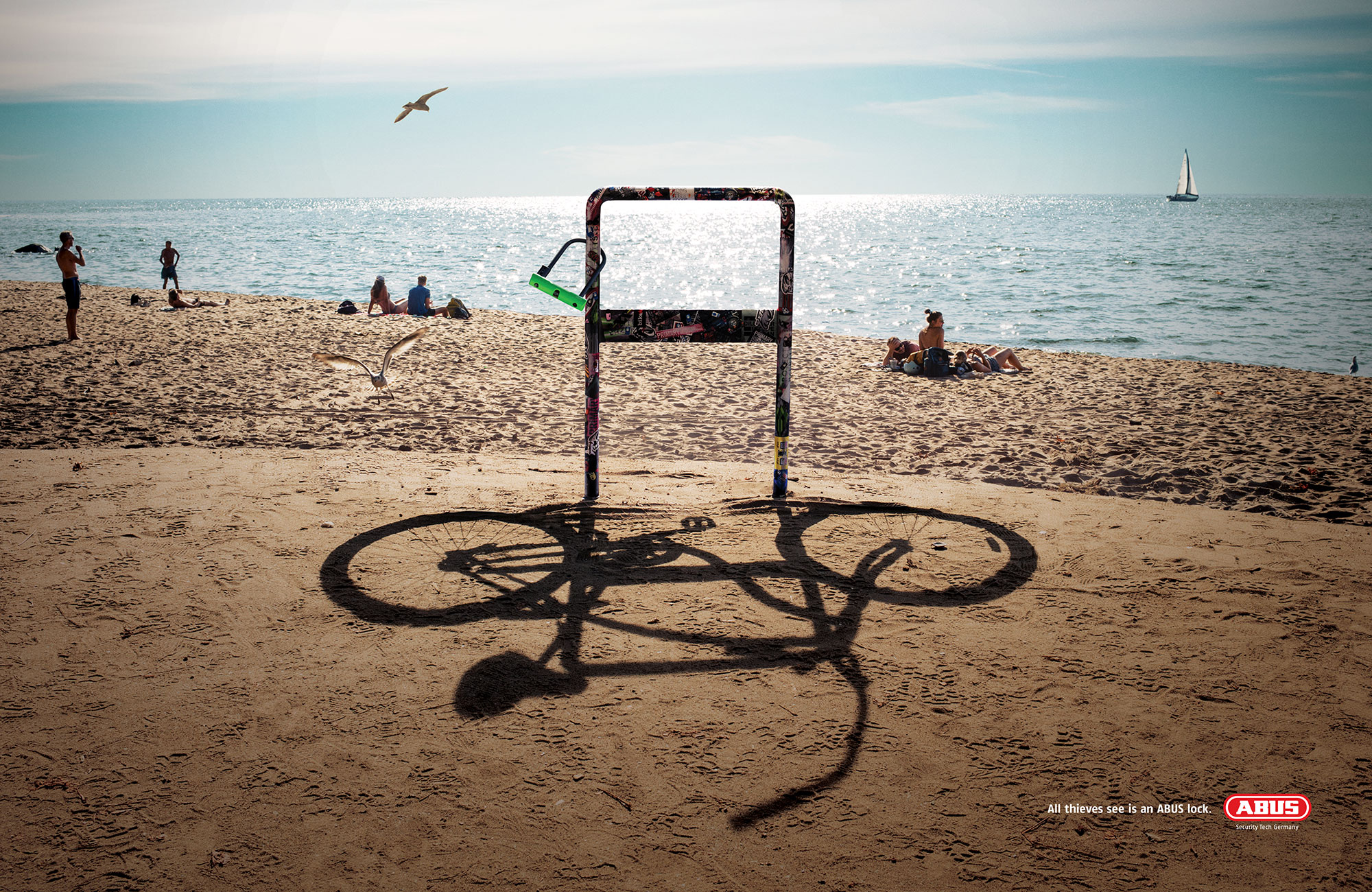